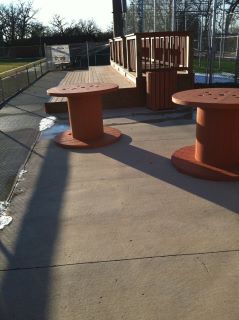 –Fan Area Improves for ’12. The PLABA coordinated with the City of Prior Lake to add a couple tables to the fan patio for the 2012 season. Keep checking back for further details on Vet improvements for the upcoming 2012 season.

–PLABA is meeting at 7PM Tuesday February 13 at New Market Bank to discuss Scoreboard Upgrade project, Legion District Playoff hosting and potential to bid for 2016,17 or 18 MBA State Tournament. Non PLABA members are welcome to attend but should RSVP to President Mark Schroeder 612-220-6812.

The DRS Class C Prior Lake Mudcats will have a preseason meeting Saturday February 18 at 4:00PM at PL VFW Post 6208 to distribute tickets for the Beer Blast and discuss upcoming 2012 season. Returning players not able to attend should contact Coach Greg Faue 612-369-1961 to coordinate obtaining tickets for the blast.

The RVL Class B Prior Lake Jays will also be meeting in coming weeks. Returning players should check email next week for time and location for off season meeting for 2012 season.

New players should send an email expressing interest in playing townball ASAP to info@3.14.36.174 and a representative of the Jays or Mudcats will follow up with you. There will also be an announcement in an upcoming edition of the Prior Lake American. The ‘Cats had their best finish ever in ’11 losing 2-1 in 14 innings to eventual runner up Waconia in the Final 16, while the Jays went 1-2 in Class B Dundas Super Section finishing in the Final 12 of Class B last season getting dropped by Class B runner up Burnsville and Austin in Super Section play.

Thats the ‘stove for now, more updates to follow in coming weeks….please check back!