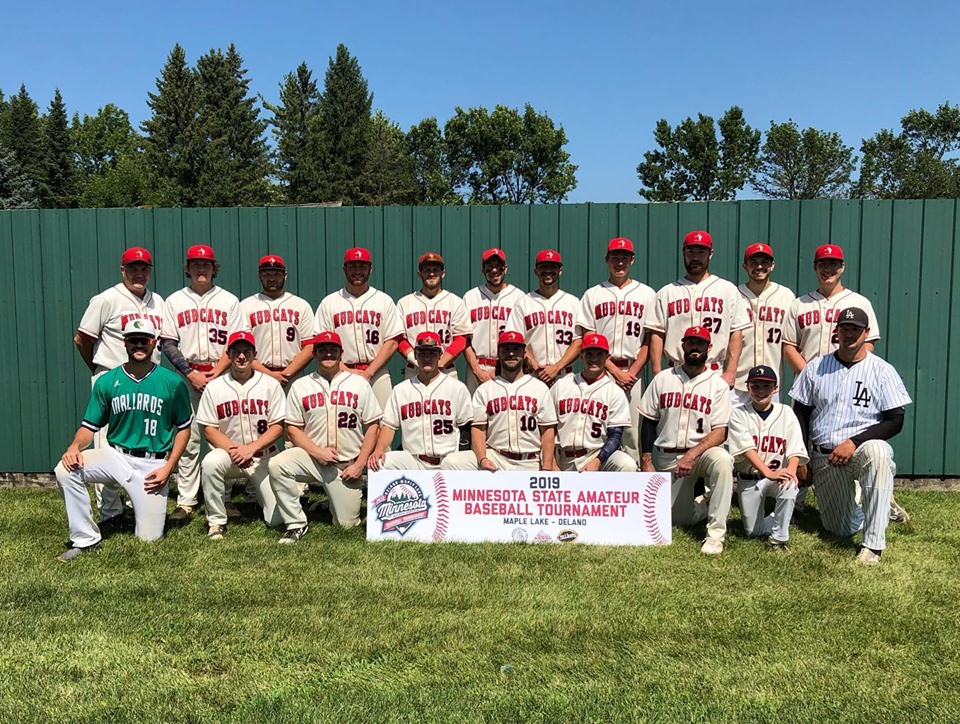 The Prior Lake Mudcats were victorious in the 1st weekend of the 2019 MBA Class C State Tournament defeating MBA Region 11C Runner Up Foley Lumberjacks 4-1 at Maple Lake on Saturday August 17.

Mudcats rookie Luke Weber scored in the top of the 1st inning on a Foley error to take a 1-0 lead and the ‘Cats didn’t look back as pitcher Ben Morrison hung zeros on the Lumberjack batters for the first 6 innings as PL plated 2 additional runs in the top of the 4th and 1 run in the top of the 7th for a 4-0 lead on Foley starter Mason Miller (7 1/3 IP, 4R-2ER) while the ‘Cats Morrison scattered 5 hits striking out 8 while issuing 2 walks facing 39 in the complete game (9 IP, 1ER) win over  the Lumberjacks, #2 seed from the powerful Sauk Valley League/Region 11C.

Mudcats 3rd baseman Corbin Cross scored twice and was 3-5 batting while fleet footed DH Greg Faue was 2-3 with a RBI sac fly in the 4th inning and Luke Weber batting 2-4 with a double, 1 run and walk. Lucas Pumper was 0-1 but reached on balls thrice.  Foley rightfielder and leadoff hitter Noah Winkelman led the ‘Jacks 5 hit attack in a 2-4 effort.  Foley stranded 2 on base threatening in the bottom of of the 9th inning with some hard hits on Morrison who dug deep and held on for the win. 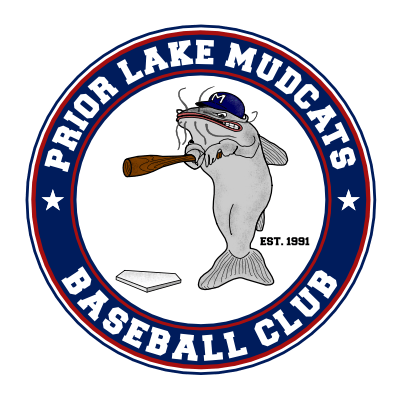 The win propelled the Mudcats into the Round of 32 of the single elimination 2019 MBA Class “C” State Tournament Championship.  The Mudcats will square with the Fergus Falls Hurricanes, Champions of the Countryside League at Delano Baseball Park on Saturday August 24 with a 1st pitch slated for 1100AM.  The ‘Canes had a bye in the 1st round of 2019 Tournament play having won the MBA Region 16C Tournament avenging a 3-2 playoff loss to Sauk Centre with an 18-14 win in the Region 16C Championship game.  The Hurricanes were blanked 3-0 by Sleepy Eye and eliminated in the 2018 MBA Class “C” Tournament in their opening game at New Prague.  The Hurricanes and Mudcats faced off in a thriller in the 2012 Class “C” Tournament in St Cloud with the ‘Canes prevailing 2-1 over the Mudcats. Prior Lake baseball fans encouraged to put on their red white & blue & support MBA State Tournament Townball!  For those who cannot attend, Scott Counties Townball Flamethrower KCHK will continue its coverage of DRS & RVL Townteam baseball at link below.

The Winner of the Prior Lake Mudcats VS Fergus Falls Hurrcanes game will face the winner of the Bird Island Bullfrogs VS Jordan Brewers contest taking place at 700PM on Sat 8/24 in Delano with the Final 8 game in Week 3 taking place on Saturday August 31 at 1100AM, also at Delano. 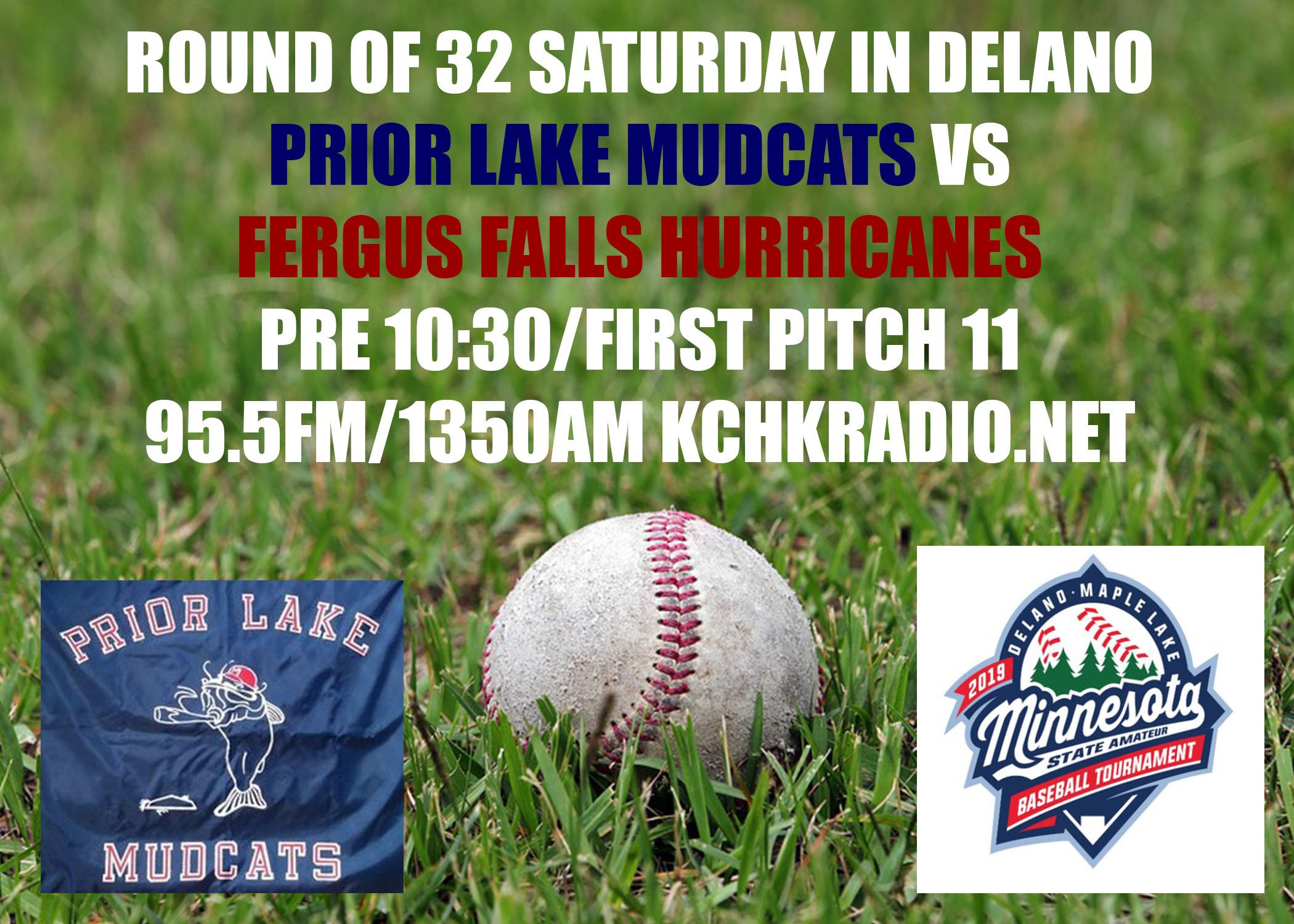