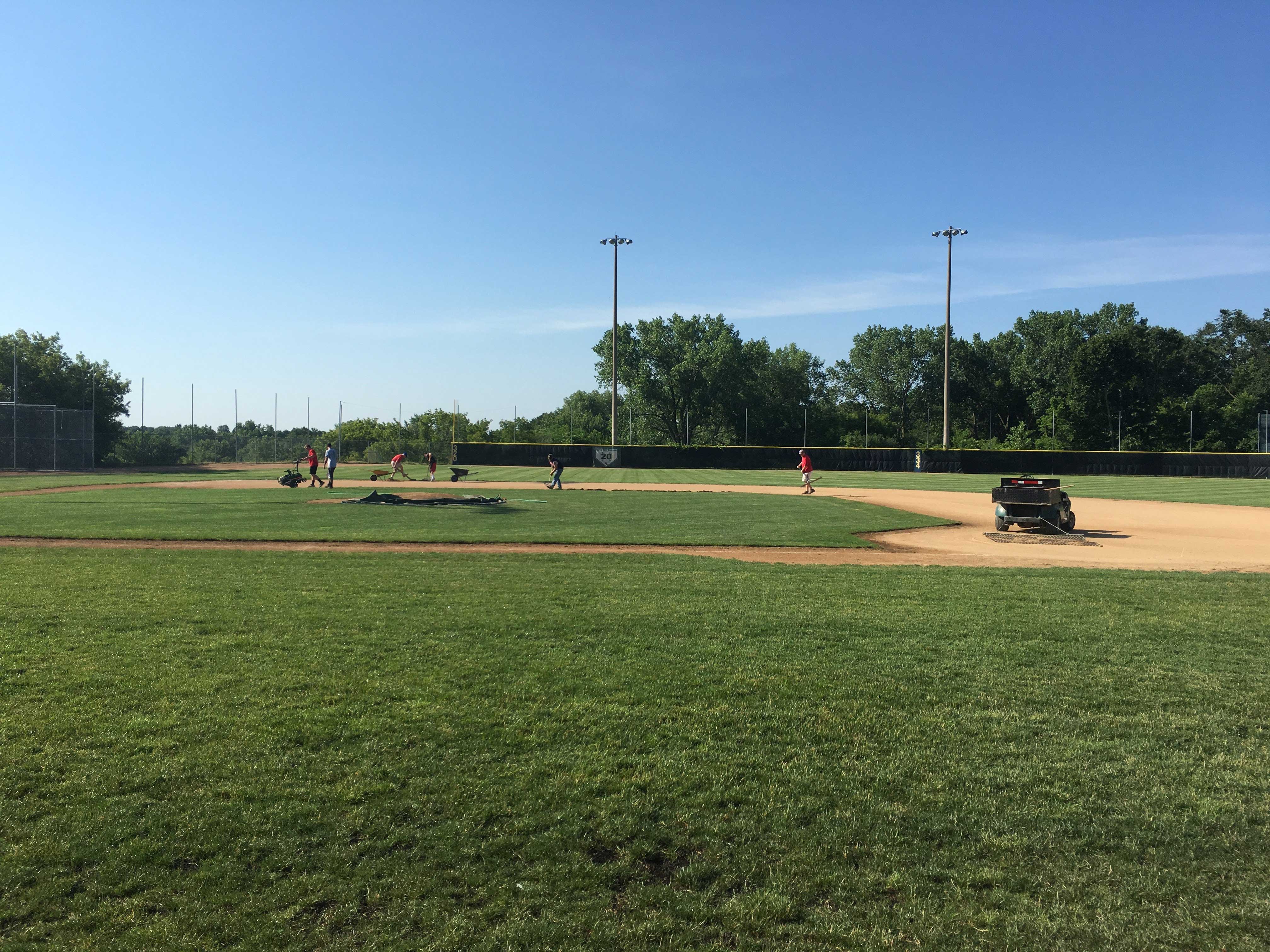 Board members and players were hard at work on a very warm and muggy Saturday preparing Veterans Field at Memorial Park for the upcoming 10th Annual DRS vs. RVL All-Star Game slated to take place on Thursday, July 7 and this year hosted by the Prior Lake Jays and Mudcats.  Tickets can be purchased at the gate for $5 (adults), $2 (ages 13-18), and kids 12 and under get in free.  First pitch is slated with 7:30 pm with pregame starting at 6:45 pm.  The game will be broadcast live on KCHK radio (95.5 FM/AM 1350/kchkradio.net).

All-Star rosters and honorary captains to be announced the week of June 27.  Proceeds are split between the DRS and RVL leagues and are used to offset annual expenses.

The official league press release can be found here.