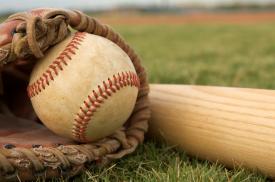 The Prior Lake MBA “Townball” Teams will kick off their 2013 seasons with a special “2 games for $2“ Jays and Mudcats kickoff hosting St Louis Park on Saturday 4/27 at 3:00PM (Mudcats) and 5:00PM (Jays) in 7 inning non league action. Season passes are $15 and valid for both teams home regular season games and again feature a complimentary item from the full service concession each month of the season.

The Prior Lake Jays were 2012 regular season Champions of the River Valley Leagues East Division with a 6-3 section seeding record and defeated each of the 3 division/Section 3B teams twice. The 4th seeded Chaska Cubs took the best of 5 playoff in 3 games with 5-3, 14-5 and 3-0 scores and advanced to Class B Super Sections along with #2 seeded Victoria who clipped Shakopee 3 games to 2. Victoria Vics advanced to capture the MBA Class B Championship over Cold Spring with Chaska finishing 3rd in Class B.

The Prior Lake Mudcats of the Dakota Rice Scott League finished 5th DRS and advanced to the MBA Class C State Tournament for the 2nd consecutive season advancing to the Final 32 MBA Class C teams defeating Richmond 9-3 before losing to Fergus Falls 2-1. Fergus Falls advanced to the Final 4 in the single elimination Tournament. The ‘Cats were a Final 16 of Class C in 2011 at Browton/Glencoe in their 1st ever State tournament appearance.

There will be special fun for fans at Veterans Field of Memorial Park all season long and teams are best followed on the web at www.priorlakebaseball.com, on Facebook OR for the latest information call the Integra PL Hardball Hotline at 952-226-3800.

The PL Mudcats, PL Jays and over 35 PL Mariners will be hosting Hardball Hotstove Beer Blast 2013 at The Pointe Bar & Grill on Highway 13 South in Prior Lake on Saturday April 20 from 5-8PM. $10 Ticket cost includes prize drawings that do not require attendance including a hot-air balloon ride from Balloon Ascensions Unlimited as well admission to the Shaw Brothers Band to follow the Blast. Tickets should be available from players or at the door.

The Prior Lake Jays will be hosting their Annual Jays Golf Open Saturday May 18, 2013 at Creeks Bend Golf Course between Prior lake and New Prague on highway 13 South with a Noon start. The cost is $80 per golfer and include prize drawings, hole contests and post golf social hour and awards ceremony. Interested supporters can contact Corey Goblirsch at 612-616-0605 or cgoblirsch@gmail.com.

The over 35 Prior Lake Mariners of the MSMABA have posted their 2013 game schedule.