Hotstove Heats Up With MBA Changing Class B Structure for ’17. 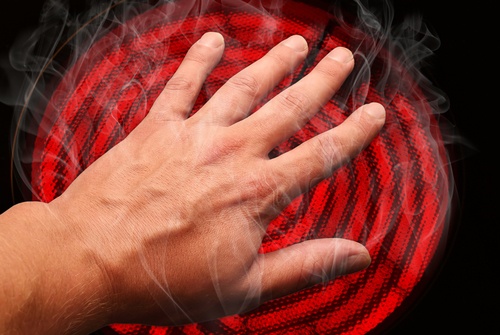 MBA (townball) has consisted of Class A, inside 494/694 loop, Class B, generally larger outlying communities/suburbs and Class C which is the leading Class in terms of number of teams since the 1980’s when the “new” classification system was created. Teams always have had the ability to “opt up” from Class C to Class B and some distinctions such as number of players on roster and allowable radius of players have erased a couple primary distinctions between the classes. At times, MBA has had a policy based on recent success in moving Class C teams into B. One remaining difference has remained that Class C still drafts pitchers from defeated teams while Class B eliminated the draft about 8 seasons ago for State Tournament play. The concept to “even out” larger and smaller communities as well have player representations and fan interest from defeated teams saw a Chaska battery vs Chaska hitter in the PL Jays VS Shakopee Indians Class B Championship game in 2009.

The MBA Board, self elected, has struggled to field a “full Class B” since inception more than 30 years ago teetering between 40 and 50 teams while Class C has been well over 200 with differing team approaches dictating he composition of the teams players in context of residency under MBA radius rules with some leagues drawing down MBA residency radius on their own. There has been no standard in MBA rules defining the MBA Classes beyond the Class A radius and MBA has experimented with formats and approach most recently having a 48 team Class C Tourney with 1st round byes for high seeds and single elimination throughout which Class B has been a 16 team double elimination after a single elimination 1st round. The MBA Board has been working on a formula to define MBA Class by experience level of team players. Section 3B which includes the Prior Lake Jays, routinely demonstrates success with Shakopee & Chaska 3rd & 4th in last seasons Championships at Dassel, Hutchinson and Litchfield respectively.

The PL Jays will be impacted by the continued evolution of MBA Class Structure in 2017 growing from a 5 team Section of Prior Lake Jays, Shakopee Indians, Chaska Cubs, Chanhassen Redbirds and Victoria Vics adding 3 teams to create an 8 team Section as MBA evolves from 8 Class B Sections to 4. Chanhassen has started as a Class C team before being forced into Class B due to population, success in Class C and # of college level players a couple seasons ago. The PL Jays played their 1987 season in Class C getting deep into the Tournament before opting into Class B building on the 1st season success. Section 3B, routinely a top performer in fan playoff turnout, will be combined with the Cannon Valley League for playoffs in 2017 adding Burnsville Bobcats, Eagan Wildcats and Savage Outlaws and creating an 8 team Class B Section with 4 advancing from playoffs to the MBA Class B State Championship Tournament rather than 2 that had advanced from the 5 team Section 3B in 2016.

The RVL East teams already had 2 meetings to slot 2017 schedule agreeing to follow 2016 format of 3 regular season seed games, best of 3 from 4 & 5 seeds and best of 5 game Final 4 to advance 2 reps to MBA B Tourney. Shakopee and Chaska did not have depth to play agreed to seeding game opting for a coin flip in 2016. There will be a meeting of the new section Dec 5 to determine regular season and playoff format with PL supporting 2 games each in regular season with tie brakes determined and 8 team double elimination bracket allowing for lower seeds to host 1 game guaranteed as the DRS Class C league has done for many years. Updates will be posted as playoff format and regular season will be determined at that time. The 4 advancing teams with compete in the 2017 MBA Class B & C Championships hosted by Green Isle, Hamburg and Norwood.