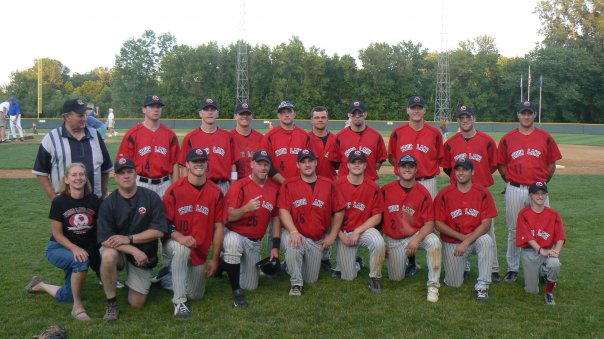 With sadness, the PLABA reports longtime supporter, former PLABA & Jays Board member, and Advisor LeRoy Bohnsack has passed at age 81.

LeRoy, a 1959 Prior Lake graduate, was a local fixture in PL Townball as a supporter of the original PL Jays of the 1960s through the 1975 and 1976 State Champions and among the original board and supporters that started the current Prior Lake Jays town team in the 1987 season. This followed ten years of no local townball after the folding of the two-time Minnesota State Champions. He was also a member of the Jays Board that started the PL Mudcats in 1991 and has been a passionate fan at Prior Lake Memorial Park and parks around the state.

Townball is a family affair for the Bohnsacks. His late mother Emma and late wife Karen and family were fixtures in the early-current Jays startup seasons in the late 1980s. Brother Don Bohnsack and sister in law Coleen and their family also have had deep involvement in Prior Lake and town team baseball. LeRoy, passionate for the game and his community, served in various formal and informal roles for the Jays, Mudcats, and PLABA as Memorial Park has evolved since 1987, which has benefitted the local baseball community. He would frequently voice his opinions and wit through the highs and lows of a season and was among those setting the standard on serving up the tastiest wiener in Scott County at the PL Vet Cafe concession. It was not unusual for him to call MBA State Board members, local coaches or mix in with players to talk baseball, and he was well known in surrounding communities supporting the PL nine at away games when able. LeRoy has seen many Prior Lake teams in his 60+ years of support, and his contributions will not be forgotten and presence missed by those who knew him.

PLABA teams and the local baseball community say THANK YOU to LeRoy for his commitment and dedication and extend heartfelt sympathy to his immediate and extended family and friends.