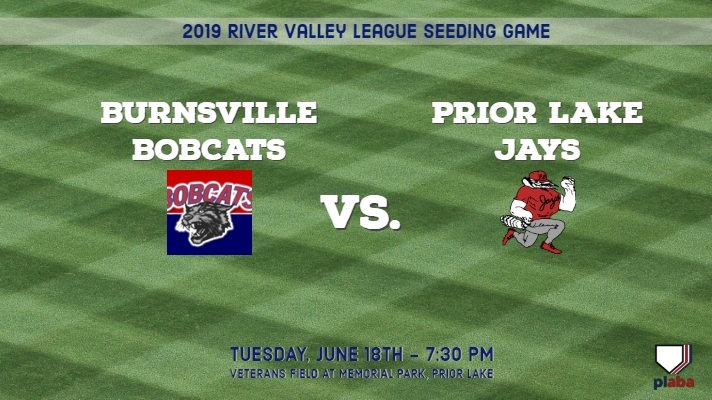 After winning the championship game of the 2019 Arlington/Gayloard Miller High Life Invitational Tournament this past weekend, the Jays will be back at the yard to take on the Burnsville Bobcats in their first River Valley League seeding game of this season.

The Jays are now 8-1, shelving four more non-league wins over the weekend. The Bobcats are 3-3 so far this season after beating Baseball 365 this past Thursday night. The Jays and Bobcats were scheduled to do battle last week as well, but rain changed those plays and that game will be played on July 1 in Burnsville.

Tuesday night’s game is scheduled for a 7:30 first pitch at Veterans Field in Prior Lake.