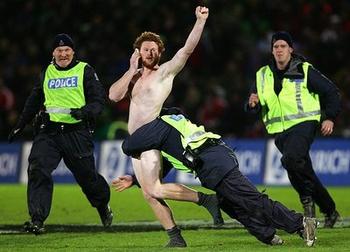 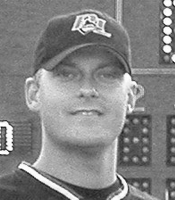 The PL Jays with some close regular season losses (3 of 4, 1 run losses) were hopeful to turn the season with upcoming Section 3B schedule looming and a recent rainout (Chanhassen 6/14-Re-Scheduled for 7/12) and cancellations by Scott County foes St Patrick & New Market limiting opportunities to prepare. On the longest day of the year June 21, the Jays welcomed RVL C foe LeSueur Braves to “the Vet” for exhibition action. The Jays were hoping to break a dubious franchise low 0-7 start to the season.

The Braves did not waste time with 3rd baseman Matt McPartland knocking a 1 out double to left off of starter Tony Eicher that glanced off of Bryan Sanchez’s outstretched glove at the warning track after a long sprint to the ball. Ryan McPartland plated him with a single and 1-0 lead after the 1st. The host Jays answered with Jonesy Buescher lacing a Brandon Culbert offering to right. Buescher then stoled 2nd and swiped 3rd uncontested on a dirtball to shortstop Jim Schroeder who drew a walk in the AB. 1B Zac Repinski lofted a sacrifice fly high to left plating Buescher and advancing Schroeder to 2nd on the throw home. 3B Sam Kortes stayed hot at the plate ripping a double to left to score Schroeder to make the score 2-1 Jays after 1 complete.

Eicher struck out 2 hitting a batter in the Braves 2nd but Kahlow was caught stealing and thrown out by a catcher Brandt Broderick laser to second to end the inning. The Braves tallied their 2nd run in the 3rd on a 1 out double by Matt McPartland and RBI single by Ryan McPartland before the side was retired in the next 2 batters. The Jays plated their 3rd run in the 5th on a leadoff double by Buescher, Schroeder reaching on error followed by Repinski sharply driving a ball down the rightside to plate Buescher. The Jays were unable to advance Bryan Sanchez on his 1 out double in the 6th and threatened again in the 8th on Braves reliever Brent O’Connell. With the haze hanging in the air on a cool Summer night and the smell of a firepits smoldering plastic wafting over the Vet, Kortes was hit by a pitch and after Matt “Tiny” Nelson unable to put down a bunt, he knocked a ball in play with 2 strikes which forced the 3rd baseman to get the out at 1st. With Kortes on 2nd, Jason Peter entered for a pinch hit lofting a moonball to right field for out #2. With Kortes still on 2nd, Scott Geisler pinch hit and worked the count to 2-0 before sharply lining a ground ball to leftcenter field. With a 1 run lead at home, interim 3rd base coach Tex Chapman rolled Kortes to test Kahlow who lofted a perfect toss to home barely snuffing Kortes at the plate and ending the inning with a 3-2 score after 8 complete.

Lacking games of late, the Jays went into the game needing to get work from several pitchers. Eicher threw 3 with 5K & 1BB in a 4 hit/2 run effort. Lawson Zenner, who looked sharp in his stint vs Mpls Lakers tossed 4 & 5 allowing 0 runs with 1 hit, 1 walk and 1 strikeout. Austin Truso, recently committed to pitch at NDSU in 2017, threw the 6th and 7th allowing 1 hit and 2 walks while striking out 3 in a scoreless up. Pat Galvin, the Jays veteran early season innings leader, struck out 2 allowing 1 hit in the 8th inning. With the game a slim 3-2, the host Jays sent TJ Larson out for the 9th. He was up to the task striking out all 3 batters he faced to ice the win, the 1st of Manager Scott Geislers tenure.

Buescher 2-4, 2 runs, double and 2SB led the Jays hitters with Sam Kortes continuing a recent hot streak going 2-3 with a double and RBI. Repinski was 1-4 with 2RBI in the Jays attack.