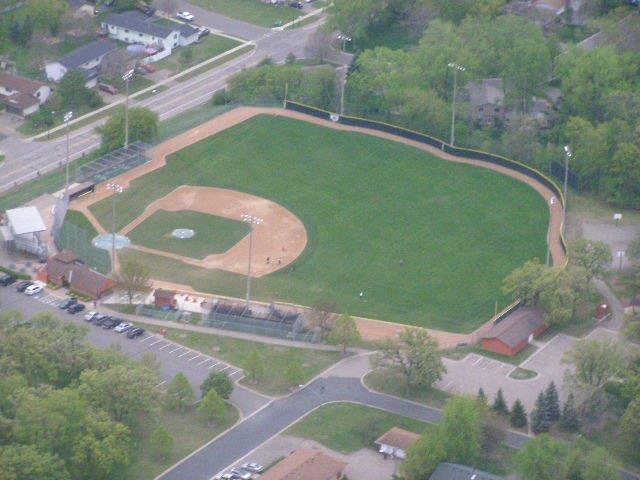 The Prior Lake Mudcats DRS All Star representatives for 2013 are Casey Johnson, Ben Morrison and Gary Mariscal. By virtue of the Mudcats leading the White Division of the Dakota Rice Scott League when the selections were made, Manager/GM Greg Faue will be one of the 3 Managers for the DRS at the annual game in Veseli Friday July 12 with gametime to start at 800PM following pregame introductions and home run derby which commence at 700PM. The PL Jays Submit 3 nominations for 2013 RVL representation: #13 Adam Cress #29 Jim Schroeder #4 Chris Kelly and Cress and Schroeder selected to represent the Jays. Adam Cress, a mainstay in the Jays outfield and 1999 Jays rookie, 2nd baseman Jim Schroeder who has also played shortstop and produced at the plate for the Jays. The Jays have had multiple players capture MVP honors in the game including Kyle Zweber, Dusty Olynyk and Ryan Mestnik in previous RVL VS DRS All Star Games. Olynyk also capture HR Derby Title at Union Hill and represented the Jays also with Kyle Zweber in the RVL VS St Paul Saints game 2 seasons ago. ALL STAR GAME PROGRAM (Click)

The PLABA member teams will be hosting MBT State 15AAA & 12A State Championships in PL as well Jordan, St Patrick & Shakopee for pool play. There is no admission charged, concessions will be open and full schedules are available at MBT WEBSITE. Come on out and see the States best 15 & 12 year old teams, Championships Sunday 7/14!

JAYS TAKE “BIRDFIGHT 2”, Jays Scratch 1-0 RVL Win At Chanhassen (7/2)
The PL Jays travelled to Chanhassen for RVL “Birdfight 2” for their 2nd meeting of 2013, their previous meeting was a 2-1 Jays win in PL 5/31. July 2 would also be a battle with the Jays riding a Nick Anderson 2 hit complete game pitching performance for a close 1-0 win. Anderson struck out 5, hit one batter and walked only 1 Redbird facing 29 in the effort. The Jays posted their lone run when first baseman Scott Geisler reached on balls and advanced to 2nd on a wild pitch and 3rd on a Nate Sickmann groundout to the shortstop and got a jump on a Kurt Jantscher wild pitch to plate the games lone run despite the Jays drawing 10 walks and 6 hits. The Jays stranded 15 runs in the game but also turned in some fine defensive plays including double plays in the 2nd and the 8th innings in the effort. Geisler led the Jays batters with a 1-2 effort scoring the lone run while drawing 3 walks and a screaming double down the left field line that resulted in Kyle Zweber getting thrown out at the plate in the 3rd on a fine Redbird relay from deep left field. Zweber was 1-3 drawing 2 walks while right fielder Dan Schroeder was 2-5, Jim Schroeder and catcher Chris Sticha also collected hits. Centerfielder and leadoff hitter Adam Cress was 0-2 batting but drew 3 walks in the game.
PL JAYS AT ST PETER 7/9 (10-4 Win)
The host Saints had an early 4-3 lead over the visiting Jays after 4 innings but Prior Lake posted 2 runs in the 5th, 1 in the 6th and a 4 run 8th for the road victory. Jeff Wenner came in to pitch in the 5th and got the loss in relief of Jesse Anderson. Ryan Mestnik started on the hill for the Jays and gave up 4 runs on 5 hits and Chris Kelly got the win entering in the 5th throwing 5 scoreless yielding 3 hits, 2 walks and 6 strikeouts including a 1-2-3 9th, all strikeouts to end it. Jeff Menk was 2-4 for St Peter,while the PL battery of Kelly and Mestnik were 3-5 with Kelly scoring 3 runs, SB and 2 RBI to lead Jays hitters.

Prior Lake scored the winning run in the bottom of the 9th inning on a fielders choice by Cole Bjorge. The inning started with a walk to Gary Mariscal off reliever Robbie Marshall. A sacrifice bunt by Mason Holmquist got him to second. Casey Johnson singled Mariscal to third. An intentional walk to Ryan Rose set up Bjorge’s groundball in the left side hole to win it.

Montgomery had jumped out to an early 3-0 lead after the top of the third on a first inning run and a throwing error in the third plated two more off Prior Lake Starter Ryan White. The Mudcats answered in the bottom of the third with four runs chasing starter Steve Rosier. Mike Flicek relieved and pitched through the 8th. Mariscal hit a two out single and scored on a Holmquist single and error. Casey Johnson hit a two out rbi single to scored Holmquist.

Zach Lovera relieved White to start the fourth and pitched four innings of one hit ball. In the 7th Montgomery took a 5-4 lead on three Mudcat errors. The ‘Cats answered back with two in the bottom of the inning. Jake Schmidt relieved Lovera for the 8th and 9th. In the ninth Montgomery tied the game with three straight hits by John Krocak, Mike Flicek, and Eric Iverson. Tyler Bednar was intentionally walked to load the bases. Schmidt struck out the next hitter, got a pop up and a strikeout to end the rally.

The PL Mudcats hosted the Eagan Bandits of the Class B CVL and were thumped 29-10 (no typo) on Monday 7/8. Losing/Starting pitcher for the Mudcats was BJ Benz. they ‘cats bounced back the following day getting back to DRS League play where they maintain their lead in the White Division heading down the stretch. The Mudcats dropped Faribault 10-2. WP/SP-Mike Borgert-Poepping (7IP) Lovera 2 scoreless in relief on the moung. BJ Benz and Casey Johnson both recorded 2 hits to lead the Mudcats offense. DRS League Page (Click)