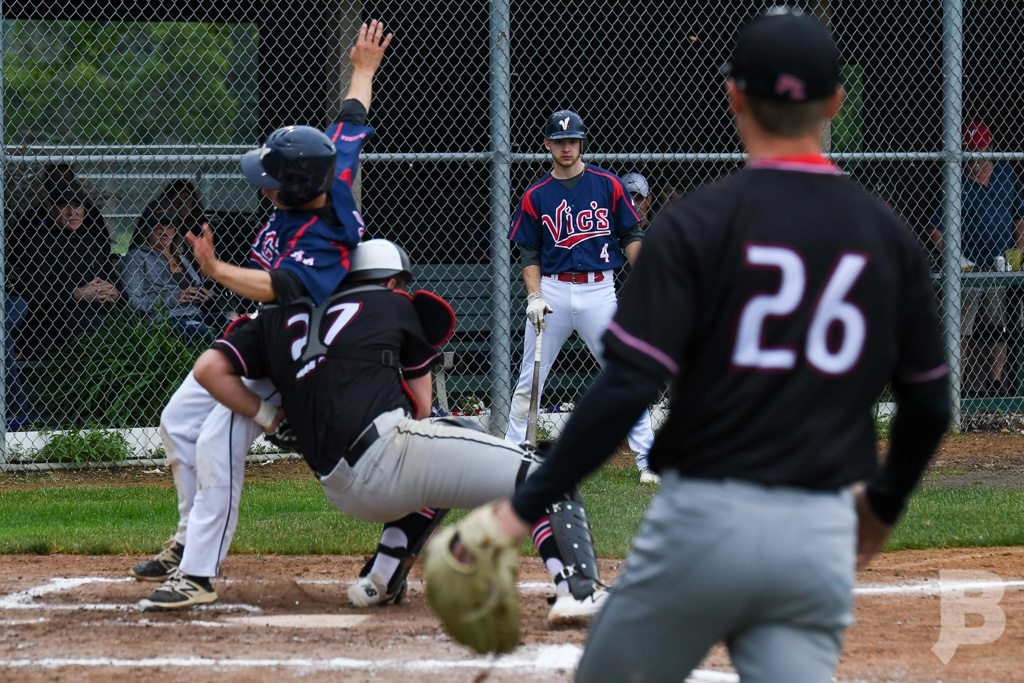 In a disappointing turn of events, with the game tied 3-3 in the bottom of the eighth, The Victoria Vic’s would lead off the inning with a double to center field and follow that up with a fielder’s choice bunt bringing the runner to third and scoring on an error to give the Vic’s the lead.  An RBI single and a passed ball would provide two more runs bringing the tally to six and putting the game out of reach for the Jays with a final score of 6-3.

Ben Eisenberg took the loss for the Jays. He went one and two-thirds innings, allowing four runs on four hits and striking out one.  Lawson Zenner started the game for Prior Lake. He went six innings, allowing two runs on eight hits and striking out three.
Mitchell Goodwin, Ben Kelsey, Rob Frederick, and Tommy Keating each collected one hit for the Jays.