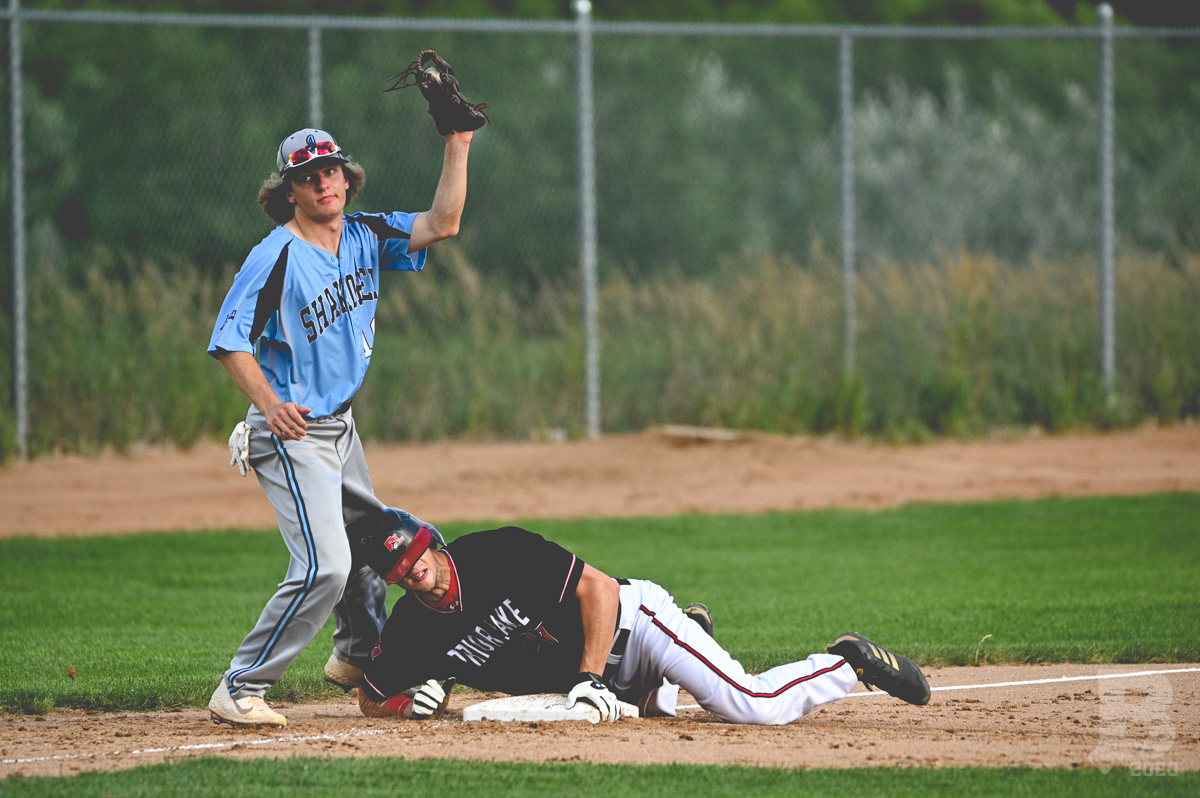 The Jays let another one slip away early and couldn’t recover in a 9-0 loss to Shakopee on Sunday night.  Shakopee took the lead on a sacrifice fly right away in the first inning.

Prior Lake struggled to put runs on the board and had a tough time defensively containing the Indians, giving up nine runs.  Ben Eisenberg took the loss for the Jays. He allowed eight hits and four runs over six innings, striking out two.

Jonah Hoeg, Butler, Cooper Smith, Rob Frederick, and Tommy Keating each had one hit for the Jays offense.

The same two teams face-off tonight in Shakopee at 7:30 pm.  This will be the last game of the regular season for the Jays, but they will host the St. Louis Park Pirates at The Vet in Prior Lake on Thursday, July 30 at 7:00 pm in non-league exhibition action.

Section 3B Playoffs will start on Sunday, August 2nd.  The full playoff schedule for the Jays will be posted later this week.