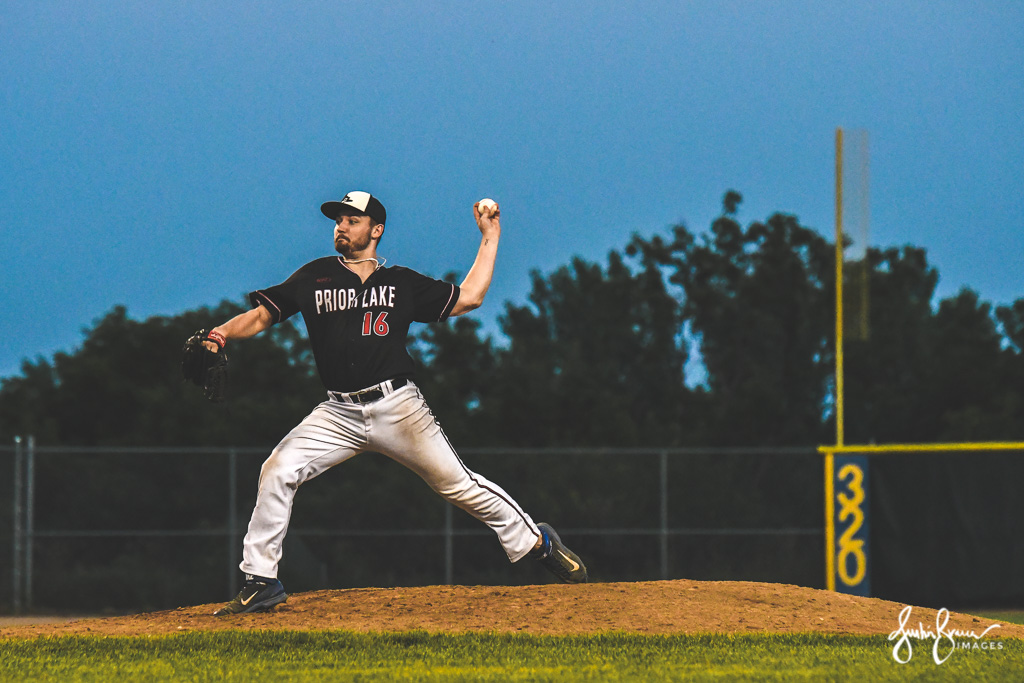 The Prior Lake Jays weathered a six-game losing streak by breaking out on Wednesday night with a 13-1 win over the Henderson Tigers.  For a team that was on a tear winning the Arlington Gaylord Miller High Life Invite back in June and sporting a record of 10-2 through mid-June, the Jays spent much of the month of July in the cellar winning only two games with a string of tough losses and a section record of 2-9 (through July 25).

The 13-1 win over Henderson was just what was needed after a tough-fought month.  Tyler Edwards got things started right away in the first with a blast to left-center scoring Corey Goodwin and Tommy Keating who both reached on walks.  Mitch Goodwin would also reach on a walk and be driven in by an Adam Cress single to right, plating five in total for the first inning.  Joe Loftus would add his own solo home run in the second, before the Jays attacked again in the third.  A string of hits by Cress, Lawson Zenner, Corey Goodwin, and Keating would drive in another five runs in that inning, and two more plated in the sixth by Jimmy Cosgrove and C Goodwin who reached on walks and scored on defensive errors.

The Jays mustered 13 hits on the night with multiple hits each from Edwards, Zenner, Cress, and Keating.  Edwards homered in the first and Loftus in the second.

Sam Schlacter got the start and the win for the Jays throwing five complete innings, allow one earned run on two hits, and striking out six.  Tyler Edwards would close the final two innings allowing one hit and striking out five.

Tonight is the last regular season and Section 3B seeding game for the Jays who will face the Victoria Vics at 7:30 pm in Prior Lake.  The Vics beat the Jays 6-3 back on June 23.

Playoffs start Sunday with a best of three series slated for Sunday, Tuesday, and Wednesday.  Check back with PriorLakeBaseball.com for updates on who the Jays will face and location of those games.