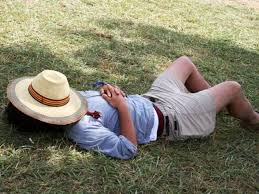 The PL Jays, 0-6 in 2016 under 1st year skipper Scott “Goose” Geisler, hope to get back on the diamond Friday 6/17 HOSTING the dangerous Minneapolis Lakers of MBA Class A league.  The Jays hoped to make a strong Showing against #1 MBA New Market Muskies Sat 6/11 following a 4-1 7 inning loss in the Budweiser Classic but as with their scheduled game with Scott County foe St Patrick (currently 2nd in the DRS “C” League) “not enough guys” forced cancellation of the games.

The Jays were to commence the 12 game Section 3B schedule Tuesday 6/14 celebrating Flag Day with the Redbirds in “Birdfight 1” but hazardous weather forced the game to cancel until Tuesday 7/12.  The 1st Section 3B game will now be slated for Shakopee 6/24.   The Jays were competitive in regular season games suffering 3 1 run losses to Jordan, St Louis Park and Elko and improving team batting each game but their team average following tourney play remains a paltry .211 in early season action.  Infielder Sam Kortes had a 4-4 game versus the Minneapolis Cobras and leads the team batting .368 with a .429 on base percentage in 19AB with 7RBI while 1B/DH Dan Schroeder .313 and .353 with 5RBI in 16AB leads among regulars.  Pat Galvin has thrown 15 innings with TJ Larson & Christopher Kelly on the hill for 9 each thus far.

Coming up at “The Vet”