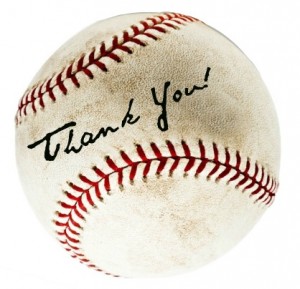 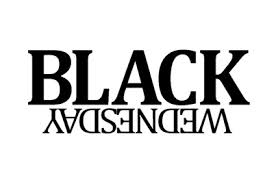 Both the MBA Class B Prior Lake Jays of the River Valley League and Class C Prior Lake Mudcats of the Dakota Rice Scott League saw their seasons end in playoffs on Wednesday August 7th with continuation of rain stoppages leading to season ending losses.

Union Hill defeated the Mudcats on Sunday in the 12th inning when Ben Trewartha reached on a dribbler that was thrown out of play advancing him to second. Jesses Bastyr sacrificed him to third. After two intentional walks, Matt Beckius blooped one over third base to score the winning run and send Union Hill to the State Tournament. Prior Lake will have to come back through the losers bracket to have a shot at a third straight appearance. Dan Feneis got the win in relief of starter Brad Weiers. Ben Morrison went the distance for Prior Lake and took the loss.

Union Hill got on the board first with a solo home run by Conrad Masberg in the first. Union Hill added two in the third on a Jesse Bastyr single, a Masberg sacrifice, and a single by Adam Gill. Beckius singled, Weiers forced him at second. With two out, a pick off throw was wild allowing Gill to score for the 3-0 lead.

The Mudcats got one back in the third walk to Jake Lehrer, a hit by pitch to Ryan Rose, and a sacrifice fly by Casey Johnson. The Mudcats got the second run in the sixth on back to back walks to Rose and Levi Schneider. A fielders choice by Noah Rezac plated the second run. In the seventh, Tony Adderley reached on an error. Gary Mariscal hit into a fielders choice, stole second, went to third on a passed ball. He scored on a fielders choice by Mason Holmquist. Weiers left the game still not giving up a hit. He gave up six walks and three hit batsmen. Prior Lake managed only four hits in the game. Best chance came in the 11th when with one out Jerad Lehrer singled and Tony Adderley singled. Prior Lake stranded 7 runners at second or third base for the game.

The Prior Lake Mudcats season came to an end when play resumed Wednesday night. Trailing 5-2 in the bottom of the sixth. Cole Bjorge knocked in Levi Schneider to make it 5-3. But the ‘Cats gave the run back in the top of the 7th. In the 8th, Faribault put the game away with three runs. The Mudcats answered with a run in the 8th on a Jake Lehrer rbi single. Faribault scored one in the ninth and the Mudcats scored on in the bottom of the 9th to make the final 10-5. Faribault moved on to play St. Benedict to go to the 2013 MBA Class C State Tournament and was throttled 12-2 in 7 innings at Veseli giving the St Benedict Saints the final Region 3C slot into the tournament, their 1st ever appearance.

JAYS BLANKED IN BEST OF 5 FOR 2ND CONSECUTIVE SEASON

Miles Campbell throws 8 yielding 1 run for the host Vics. The Jays struck 1st in the 3rd on a 1 out single by CF Tony Doherty who stoeld second and advanced to 3rd on a single by shortstop Corey Goblirsch and scored on a RBI single by 2B Jim Schroeder. PL was up 1-0 into the 6th when Sam Rothstein ripped a base hit to tie it scoring Matt Mann who double off Jays starter Chris Kelly. Greg Winegarden had a 2 run double in the 4 run 7th and a 3run homer in the 3 run 8th to top big brother Erik’s 2 run blast in the 7th that came down and skipped off the top of the fence to downtown Carver from the backspin on the moonball. Kelly went 7 1/3 yielding 8 runs while Nick Anderson threw 2/3 recording 2 outs and sang a rendition of the Bob Dylan classic Like A Rolling Stone not appreciated by the home Vics. Leading the Vics hitters were: Greg Winegarden 2-3 2 runs 2BB 2B HR, Adam Dietric 3-4 run, B.Arnold 2-5 2 runs. For the visiting Jays hitters: Corey Goblirsch 3-4, Jim Schroeder 2-4 RBI, Tony Doherty 1-7 Run. Winning Pitcher: Campbell Losing Pitcher: C. Kelly HR: E. Winegarden, G. Winegarden

The Vics got on the board with Brandon Arnold knocking a double off of Jays starter Kyle Zweber and scoring on an Erik Winegarden single in the 1st. PL 1B Scott Geisler tied it in the bottom of 2 lacing the 10th pitch leadoff AB for a HR. The visiting Vics plated single runs in the 4, 5, 6th innings and added 2 in the top of 7 for a 6-2 lead when the Jays got to starter Kuelz for 3 runs. The Vics were poised to break it open with pads juiced and a Chris Volkman single deep to left with 2 down when Jays LF Reed Zweber gathered and fired cutting down Erik Winegraden at home to end the damage at 1 run with the 3rd out. Reed turned in another gem in the Vic 9th with 1 out tracking a Baso moonshot to the fence and soaring to snare the 2nd out from over the fence. The Jays stranded 7 runners. Leading Jays hitters were Goblirsch 2-5 run 2RBI, D.Schroeder 2-4 2B RBI and Cress 1-3 2 runs BB. Vic leaders were Arnold 3-5 2B run RBI, Baso 2-4 run 2 RBI and C.Volkman 2-4 run rbi. PITCHING: SP/WP-Kuelz S-Eckoff SP-Zweber (7) LP-Anderson (2)

The Jays struck 1st with a 1 out double by 2nd baseman Jim Schroeder, a 2 out walk to 1st baseman Scott Geisler followed by an RBI single by DH Dan Schroeder in the top of the 1st but dug an early hole with pitcher Mike Hadden (SP/LP) walking the 1st 3 batters enroute to a 5 run bottom of the 1st. Reliever Corey Goblirsch settled throwing a 1-2-3 2nd inning and the skies opened above Victoria suspending play until the following eve despite the Tinmans efforts to drain the swamp. The Jays went back to Chris Kelly on the mound who had been effective against Victoria and a 3 batter 3rd gave the Jays hope to claw back into the game and keep the series alive but a 6 run Victoria 4th that had 4 Vic hits, a walk and 2 Jays errors was all the defending Class B Champs needed to lock down the series and advance to Class B SuperSection playoffs. The Jays offense stranded 10 runners and collected 8 walks in the 7 inning 14-4 Victoria win. Pat Galvin threw a scoreless 6th and gave up 2 runs in the 7th inning. Goblirsch led Jays hitters with a 2-4 effort scoring once on a solo blast to left to lead off the 7th and had 2 RBI. The game, a rain continuation was the longest in Jays history at 25 hours and 25 minutes. 7 Vic batters scored twice with 1 lone Vic not scoring a run. The Vics advanced to face the winner of the Shakopee Indians who advanced VS Chaska Cubs 3-2 in their best of 5 in a thriller at the Ath in Chaska Friday 7-6 in 10 and came ready Sunday 8/11 in the Section 3B Championship at Victoria (as high seed) destroying the well rested Vics 14-4. Victoria and Shakopee advance to MBA Class B Super Sections which will be hosted by Victoria, Austin, Marshall and Moorhead and 4 teams per site 8/16-18 will attempt to advance to the 8 team MBA Class B State Championships hosted by Delano and Maple Lake.

The Jays conclude the season with an 11-21 record and zero playoff wins the past 2 seasons.

Thank YOU fans, friends, sponsors for your support of Prior Lake Jays & Mudcats baseball in 2013. Special Thanks to Village Liquor, Village Market, The Pointe Bar & Grill, PL American, PL VFW Post 6208, US Navy, Rainbow Playsystems, Balloon Ascensions Unlimited, MBL/MBT, PLAY, ISD719, Universal Athletic, City of Prior Lake and as always deepest appreciation to area veterans for providing the opportunity to play in one of the finest diamonds in the State. Please continue to support MBA Townball by supporting B Super Sections and 2013 MBA Class B & C State Tournament Action at Delano, Maple Lake and Howard Lake.

Please continue to check back for off season news & information on your local 9’s!