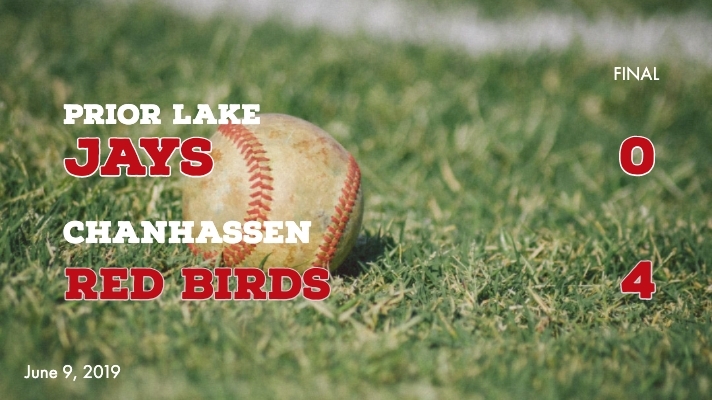 Prior Lake Jays watched the game slip away early and couldn’t recover in a 4-0 loss to the Chanhassen Red Birds on Sunday.

The Red Birds got things started in the first inning scoring one run on a stolen base, and then tallied three more runs in the third off a whirlwind play that included multiple rundowns and a Jays error.

The Jays tried to get back into it in the fourth with a single by Corey Goodwin and hard liner from Brandt Broderick, but the side was put down quickly.

The Jays would commit three errors that would prove costly, and their bats were quickly silenced as the Red Birds held them to only two hits by Goodwin and Jonesy Buescher.

Your Friendly Fliers will be back in action in Burnsville at 7:30 pm on Tuesday, June 11 to take on the Bobcats at Alamagnet Park.  The Bobcats are 2-2 on their season and have won their last two games beating both the Le Sueur Braves and St. Paul Capitals.  The Jays are now 4-1 breaking their winning streak with their loss against the Red Birds.

This Week at “The Vet”