Lakers turn for home for ’21, JV winding down strong 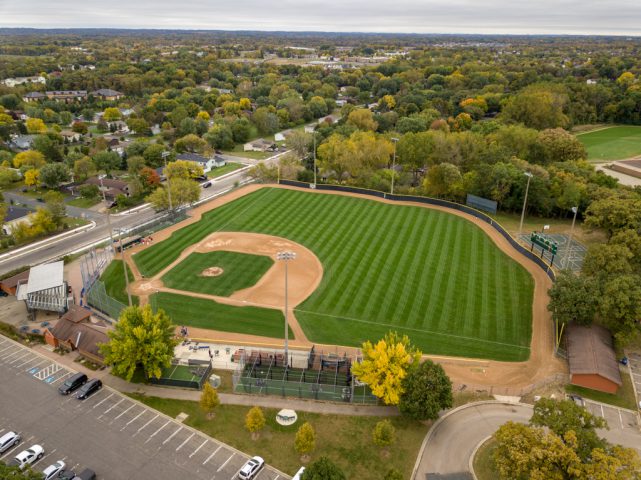 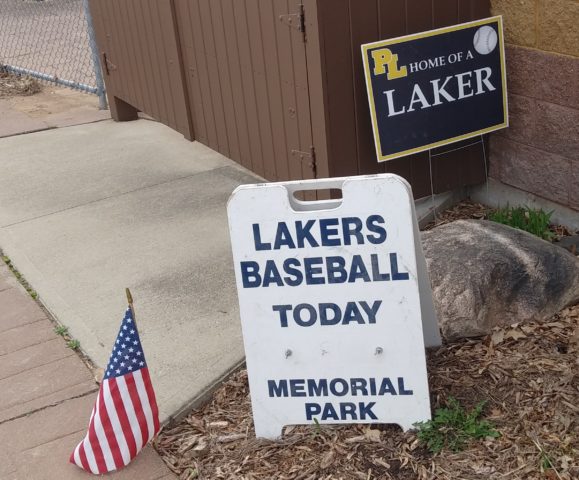 The Prior Lake Lakers Varsity squad hit a skid on the road but broke out following an o-3 record in SSC action last week dropping games at Rosemount 6-0 May 10, Eagan 2-0 May 12 and Lakeville North 4-3 on May 13. The winless SSC week followed consecutive 2-1 Conference record weeks that wrapped with non Conference wins over Coon Rapids and Belle Plaine pushing the weekly tallies to 3 wins and 1 loss.

The Lakers travelled to Alimagnet Park in Burnsville Monday May 17 for what has been in recent years, a thrill show for fans as the neighboring districts have had many close battles in recent seasons including a 1-0 Prior Lake win in PL April 21, game 4 for the PL season. This weeks late season tilt did not disappoint a great crowd fired up for another nail biting game. The Lakers grabbed the lead 3-2 and added an insurance run for a late 4-2 score and skid busting win behind pitcher Henry Brandt (6 IP) with a door slamming save in relief by Tyus Smith who worked the 7th inning. Hayden Fraasch bagged 2 rips to lead the Laker bats in a key final week win that pushed the Lakers overall record to 9-9 for 2021 as they battle for seeding for the upcoming Section 2AAAA Playoffs.

Section 2AAAA seeds teams in an 8 team playoff bracket with highest seed hosting the game. Section 2AAAA begins Memorial Day Monday May 31 with times and of course locations to be determined/announced. The Lakers are hopeful the early week SSC win and some home cooking in PL at Veterans Field can help secure a higher seed (based on QRF Formula) as playoffs approach. The Lakers have made “The Vet” a house of pain for opponents racking up a lofty 7-2 overall record while the road has been equally unkind to PL with a 2-7 record as visitors. PL was as of Monday 5/17, middle of the QRF pack in Class AAAA at #29 (of 62 teams). “QRF formula” weighs results and ranks teams based on multiple factors in their schedule & results. Section 2AAAA uses QRF to determine playoff seeding.

Coach Al Iversen (*3rd season) and staff (Scott Geisler, Taylor Smith & Zach Horn) may, weather permitting completion of Prior Lakes regular season games this week, have a full week off of game competition to help get the playoff Lakers rolling to “ring the bell” while other teams continue to complete their regular season schedules and jockey playoff position in the MSHSL return to the diamond for 2021.

UP NEXT PL Laker Varsity Baseball:

There is no admission charged for the regular season. Fans, Alumni and friends are encouraged to stop in as able and support 2021 PL Laker baseball!

The 2021 Laker JV squad has racked up some impressive wins posting a 13-4 record for Spring 2021 after scratching a 4-0 win over Burnsville to conclude their home season. After a scoreless top of the 1st inning that saw starting pitcher Charles Running strike out the side with 3K, Charlie Bredesen led off the Lakers offense in the bottom of the 1st and posted the margin and GWRBI with a lasered homerun to deep rightcenter, also known locally as a “Hoop Court” blast, estimated at 382 feet by observers careening off of the light tower about 20 feet above ground level firing the ball back into centerfield on the no doubter clout. That was enough for pitcher Charles Running who kept the Burnsville bats cool as the Blaze were unable to plate a run stranding 3 runbase runners (1 HBP, 2 walks yielded, 8K, 7 IP).

With the Lakers up 1-0 after 4 1/2 innings in a well played game with strong play by both teams, the PL nine put up 3 runs on a lead walk to leftfielder Wyatt Larsen followed by a Ross Hebel double and a 2RBI double by firstbaseman David Flasher. Freshman 3rd baseman Matthew Totten completed the scoring grounding out to 3rd but plating Flasher for a 4-0 score after 5 innings. PL also had some standout defense around the horn with outfielders flying around for grabs and with Totten making a charging play from 3rd base position with a big throw in the 4th frame for an out and Flasher showing a puma reflex snaring a ball sharply ripped towards first then taking the 2nd out himself in the 7th inning on a force play. PL catcher Hebel and pitcher Running were dialed in with 8 Blaze striking out (including a 3K top of the 1st inning) pitching in a complete game Laker win allowing no Blaze hits and walking 2 in a well played game by both teams in front of a great crowd on a dry and dusty day in PL. “We were up against MSHSL pitch count (85) and Running would have had to come out had another batter come up for Burnsville” remarked PL JV Coach Engler after the game.

The Laker JV team wraps their Spring 2021 season with 430PM road games at Lakeville South 5/19 and Eastview 5/20. Congratulations to Coaches Neil Engler and Ben Meacham in helping lead the Laker JV squad this Spring hoping to better their 13-4 record with 2 remaining as they wrap a promising 2021 return to the diamond.