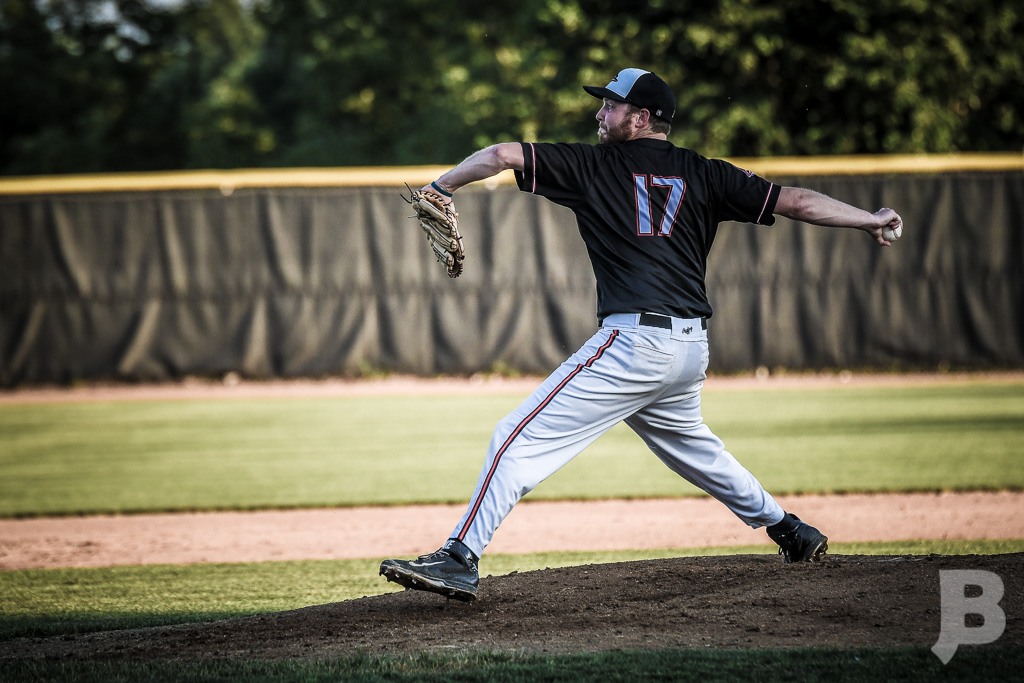 TJ Larson threw a no-hitter gem Tuesday night when then the Jays took on the Arlington A’s at Veterans Field in Prior Lake.  His performance was the exclamation point on the 19-0 win that helped the Jays snap a four-game losing streak.

Larson threw seven complete innings striking out 18 Arlington batters before the 10-run rule went into effect.  The Jays tallied 15 of their own hits with Tyler Edwards leading the pack going 3-for-5 on the night with home run in the fourth inning and a double in the sixth.

The Jays would score seven runs in the fourth, four runs in the fifth, and eight runs in the sixth.  Rob Frederick, Edwards, Tommy Keating, and Zac Repinski all collected multiple hits for Prior Lake. Edwards and Frederick managed three hits a piece with Edwards and Repinski each contributing four RBI to to lead Prior Lake Jays.  Russ Tanner also knocked his first hit as a Jay, a double to right in the sixth.

Prior Lake is on the road tonight to Burnsville for a makeup game that will take place at 7:30 pm at Alimagnet Park.

You can view a full photo gallery from Jays vs. Arlington game here.