The 2019 Prior Lake Mudcats have secured the #4 seed representing MBA Region 3C. The Mudcats first won a 2-0 games series win (best of 3) over the Webster Sox posting scores of 2-1 and 10-3 in the Dakota Rice Scott League playoff round. The Mudcats entered into the 8 team double elimination Region 3C which would result in 4 teams advancing and seeding teams as the bracket played to completion.

In the 1st game of the Region 3C playoff round Sunday July 28, the 6th seeded ‘Cats took down the 2018 State host/participant New Prague Orioles (#3 Seed) in a nail biter at New Prague posting a 3-1 score. Rookie Luke Weber pitched the complete game win scattering 7 hits and striking out 4 while walking just 2 Orioles. The Orioles sent staff ace Nathan Sprouls who was tagged withe the loss pitching 7 innings and yielding all 3 Mudcat runs striking out 6 fish and walking 2. The Mudcats posted all that was needed scoring all 3 runs in the top of the 4th inning. The crowd at New Prague Memorial Park saw a classic playoff battle but were stunned in the bottom of the 7th with 1 out and 1 on for New Prague. Mudcats DRS All Star shortstop Jonny Houston, wheeling towards the outfield on a ball that would fall between the infield and outfield as players collided. The collosion caused serious injury to Houston and a delay in game as local medics and EMT tended to what would later be confirmed as a compound fracture* of the lower leg as he was taken by ambulance from the scene. With 2 on and 1 out following the delay, 2nd year ‘Cat Alex Watterman took over for Houston at shortstop and Weber went back to work stranding the 2 Oriole runners bagging the final 2 outs of the 7th and running zeros for the home Orioles in the 8th and 9th innings preserving the complete game 3-1 Mudcats win. Outfield Cole Bjorge led Mudcat batter going 2-3 with a walk and a run while DH/Manager Fud Faue was 2-4 with an RBI plating the ‘Cats 3rd run.

*Special THANKS to New Prague area 1st responders including fans as well to those sending well wishes to Jonny following surgery and continued recovery.

In the 2nd round “winners bracket” game Wednesday July 31 at Jordan (lights, StPatrick Home game) versus the #2 seeded St Patrick Irish. The Irish plated 4 runs in the 2nd inning on ‘Cats pitcher Topher Rose who would throw 7 innings yielding 6 runs, 5 earned. Zach Lovera tossed a scoreless 8th for the ‘Cats striking out 1. Irish starter Nick Spitt was stingy with the lead throwing 6 innings while holding the Mudcats to 2 hits and no runs before replacement by Irish veteran Josh Simon. The Mudcats were able to tally lone runs in the 8th and 9th but for the game had only 5 ‘Cats tally a single hit each as the St Patrick 6-2 win would secure a State Class C Tourney slot for the Irish and bump the Mudcats to a must win in the Losers bracket vs the Lonsdale Aces.

For their “win and in, lose and go home” game hosting Lonsdale Friday August 2 at Veterans Field in Prior Lake, the Mudcats sent the wily veteran Ben Morrison to pitch. After blanking the Aces in the 1st inning, the Mudcats Weber drew a walk and advanced to 3rd on sacrifice bunt by BJ Benz, then a sac fly by Cole Bjorge. In what would be the margin in a 7-0 State clinching win, rightfielder Jake Lehrer ripped a single to plate Weber and a 1-0 lead after 1. Morrison would go into cruise as the Mudcats added 3 in the 4th, 1 run in the 5th and 2 in the 8th inning while Morrison scattered 4 hits blanking the Aces while striking out 9 and walking 3. Weber, Bjorge and Jake Lehrer each bagged 2 hits in the effort while Tyler Milford (7IP, SP/LP) and Justin Johnson (1IP) were unable to keep the Mudcats off the board.

With a 2019 MBA Class “C” State slot secured the Mudcats were continuing to play for seeding in the Tournament as well draft order of pitchers from losing teams when they hosted the #7 seeded St Benedict Saints at “The Vet” in PL Sunday August 4 and came out of the gates fast behind starting pitcher Isaac Saad blanking the Saints while plating 4 in the 1st inning with a “safe” call at 1st base that induced controversy with umpires & Saints Manager Olson discussing before the game would continue with the Mudcats up 4-0 after 1 complete. The next 4 innings St Benedict posted 4,7,3 & 3 runs before the ‘Cats were able to hang a zero while getting blanked the rest of the way enroute to a 17-4 win. The loss would lock the PL Mudcats into the #4 seed representing MBA Region 3C while the Saints would march on losing to St Patrick 3-2 Wed Aug 7 to secure the #3 seed. St Patrick and New Market Muskies played in Veseli Friday August 9 with #1 seeded New Market bagging the 3-1 win and #1 seed from the Region. 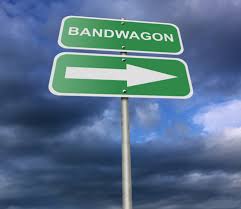 The Prior Lake Mudcats VS Foley Lumberjacks Saturday August 17 130PM at Maple Lake is the 1st round matchup at Maple Lake in 32 team 1st round while 16 #1 seeds await winners for 2nd round action in week 2 for 2019. The winner of the PL Mudcats VS Foley will advance to face the Fergus Falls Hurricanes at Delano Saturday Aug 24 at 1100AM. For those unable to attend KCHK 95.5 will carry games on the air as well their app www.KCHKRadio.NET and report scores from the DRS (Region 3C), RVL (Region 6C, Section 3B). The 2019 MBA Class “B” & “C” Tournament Championships are being hosted by Delano, Maple Lake and Dassel with Champions crowned Labor Day. The Nuvera PL Hardball Hotline 952-226-3800 will also post scores and schedules for area teams.

The Mudcats were dropped in 2 games in the 2018 DRS Playoffs and the 2019 entry to State “C” Tournament will be the Mudcats return to state following the 2016 Region 3C Championship team that advanced to final 16 losing 5-4 in 11 innings to eventual Runner Up the Sobieski Skiis.

Check back for updates and SUPPORT MBA TOWNBALL!