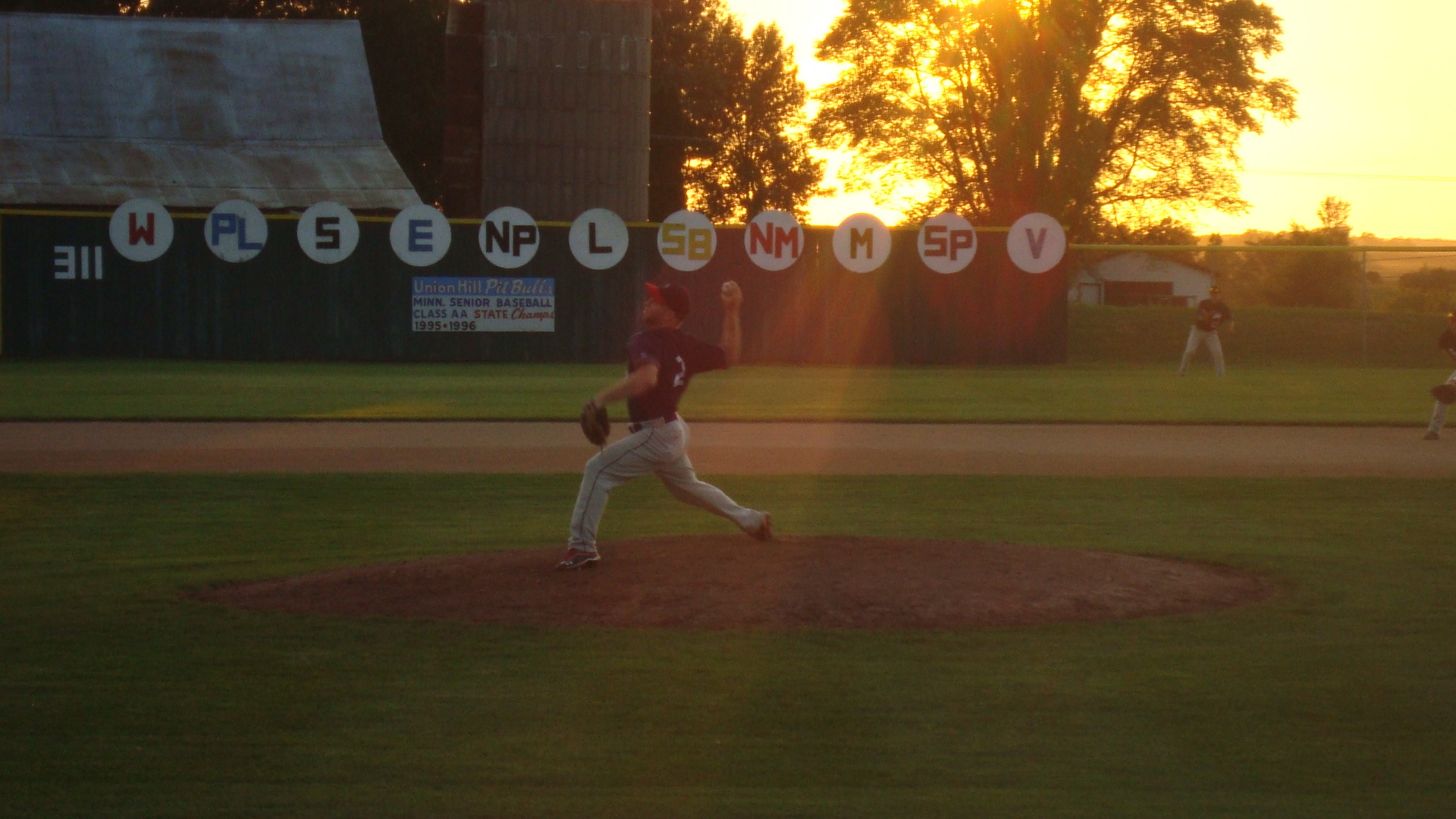 The Prior Lake Mudcats appeared to be a shadow of the team that advanced to the Final 16 of MBA Class C losing to eventual Runner Up Waconia early in the 2012 season. The ‘Cats first got out of the gates with a 2-7 record in May and were 5-12 on the season late in June. Taking the title in the Howard Lake Good Neighbor Days Tournament was the start of a 7-2 July run and now sitting at 18-19 overall and now 4-3 in playoffs advancing to their 2nd MBA Class C Tourney in team history (1991) and following through on the promise shown in last seasons tourney team.

The Mudcats are in the 48 team single elimination MBA Class C State Tournament in St Cloud with their 4-1 win over the New Prague Orioles at New Prague Memorial Park Wednesday 8/8. The win was a complete game victory for Mudcats pitcher Ben Morrison and GWRBI was delivered on a BJ Benz 2 run home run early in the game. The Mudcats still are in the Region 3C Tournament playing for seeding position and traveled to Union Hill Friday August 10 taking on the Bulldogs and getting dropped 6-5.

The ‘PL Mudcats will play in the 3rd/4th place game Sunday August 12 at Noon VS Shakopee Coyote at NOON also at Union Hill Ballpark. Fans invited to catch DRS action 30 minutes after the game for Union Hill VS St Patrick for #1 seed which garners a bye and 1st draftpick from defeated Region teams. The draft of players should take place following Region 3C Championship. The Integra PL Hardball Hotline 952-226-3800 will update on RVL/Section 3B and DRS-Region3C schedules and results at the 2012 MBA State Tournament.

The DRS League will have 4 representatives at this years MBA Class C Tourney with #1 seed receiving a bye.