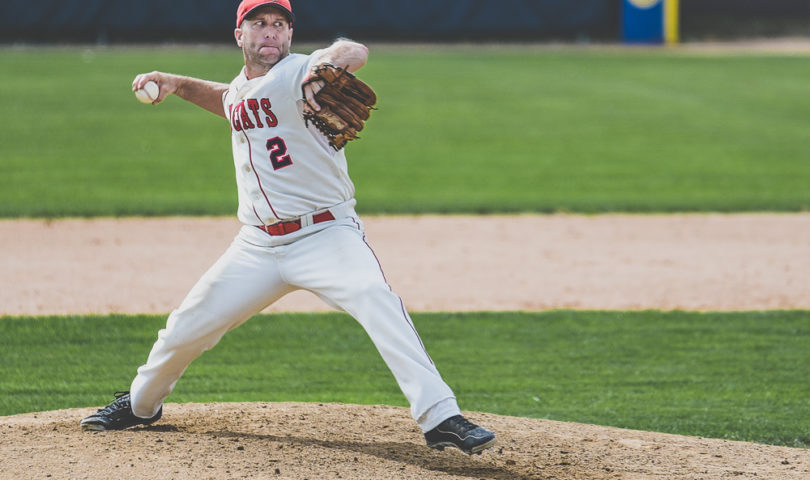 After inclement weather delayed the originally scheduled opener last weekend, the Mudcats quickly found their footing behind veteran pitcher Jake Schmidt in the 10-0 win over the Webster Sox.

Schmidt would throw the first five innings, giving up only two hits while striking out four and allowing one to reach base on balls. Reliever Luke Weber kept the Sox clean of hits while shelving four strikeouts.

The Mudcats showed power at the plate, manufacturing 11 hits on the day. Three Cats each had at least two hits in their appearances, but run generation was led mainly by Jake Lehrer (4 RBI) and Greg Faue (2 RBI). Justin Hackett, Jonny Houston, Ben Kelsey, and Jake Schmitz also contributed to the RBI tally.

The Mudcats started early, scoring five runs in the first inning of their 13-2 rout of the Veseli Warriors.

Ben Morrison would get the call for the Cats to start game two of the weekend, providing 6 1/3 innings of service. He would allow two runs on five hits while walking two and striking out six batters. Jackson Kesler would finish the final two innings, not allowing any Veseil runs or hits, walking two, and striking out two.

Morrison contributed at the plate and went 2-for-5 with a home run, scoring two runs and three RBI to finish the day. Patrick Daly was 3-for-4 with four RBI and a grand slam. Jonny Houston was 3-for-3 and an RBI, and Jerad Lehrer contributed with two hits and three RBI.

Next Friday, May 14th, the Mudcats travel to Montgomery to take on the Mallards for an 8:00 pm tilt at Memorial Park in Montgomery. The Cats return from the road on May 16th for their home opener when they battle the Lonsdale Aces at 2:00 pm.