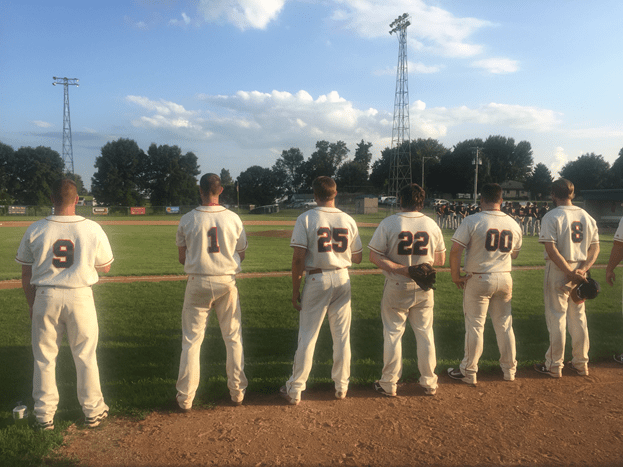 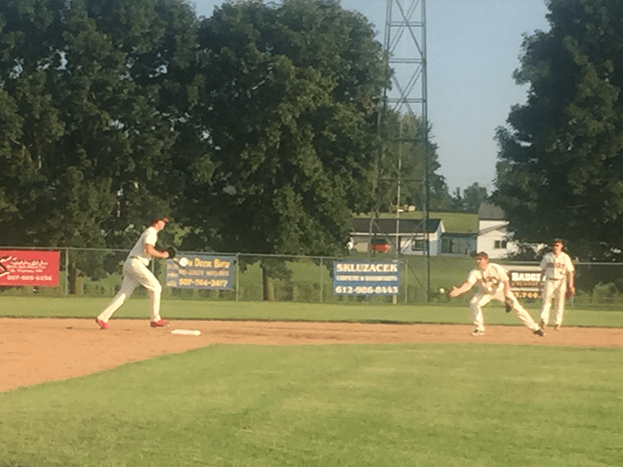 The 2017 Prior Lake Mudcats saw their season come to a close July 27 with a 13-4 loss to the Veseli Warriors in the opening round of the DRS playoffs at Veseli Ballpark.

The Mudcats got on board quickly when catcher Austin Schultz came up with an infield single to short, scoring center fielder BJ Benz who had walked to lead off the game. The Cats left the bases loaded the inning however after shortstop Jon Houston was forced out at home on a squeeze bunt attempt by pitcher Ben Morrison and third baseman Brad Schoenrock struck out. Prior Lake also had the bases loaded in the second and third innings but failed to score. 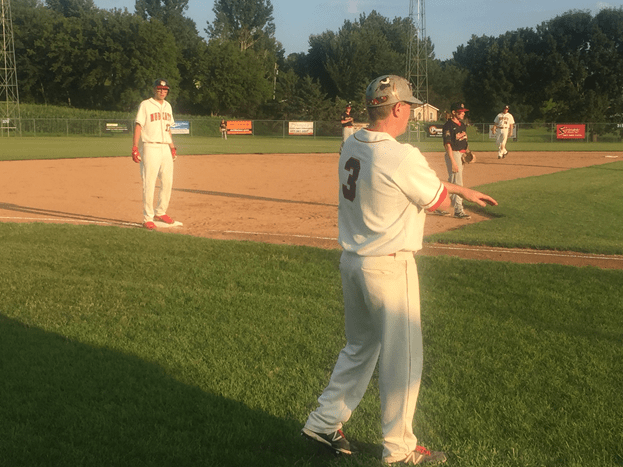 Veseli took their first lead of the game in the second inning when second baseman Cody Shimota hit a hard groundball into right field, scoring two Warrior runners and making it 3-1 Veseli. The Mudcats rallied back in the fourth inning as Houston led off the inning with a single and then center fielder Cole Bjorge blasted a home run to deep right center to tie the game at three apiece. (Photos below) 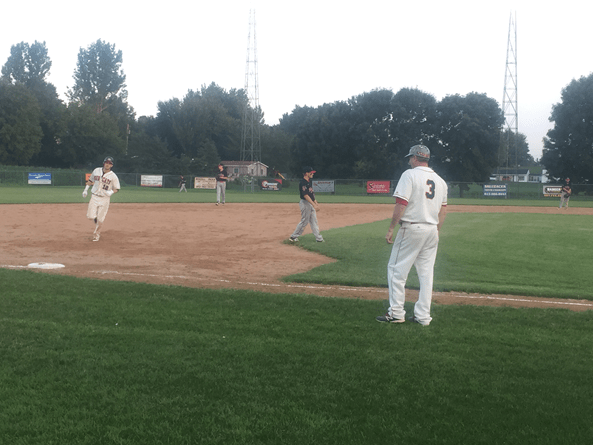 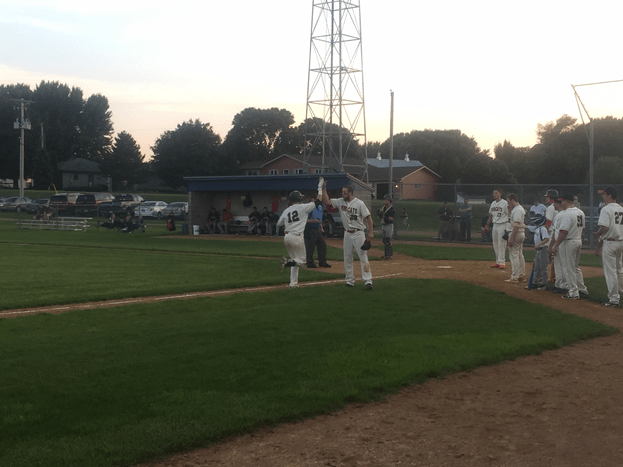 Right fielder Jake Lehrer followed Bjorge’s homer with a double to deep left center and scored two batters later when Schoenrock singled to right to give the Cats their last lead at 4-3. 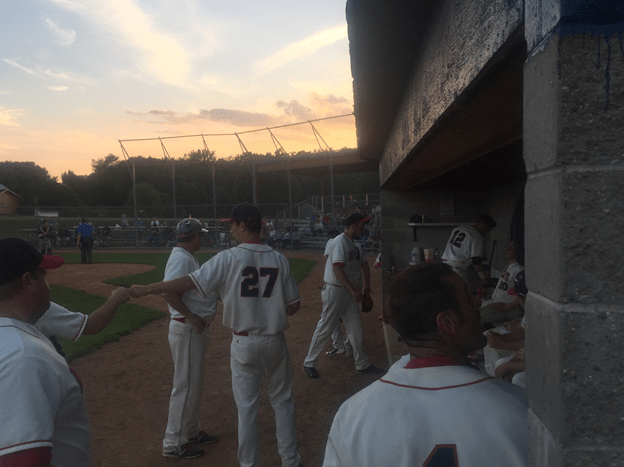 The Warriors tied the game back up on a groundout by center fielder Mike Bartusek in the bottom of the inning and took the lead 5-4 when Shimota singled up the middle. Veseli added another run in the fifth on a double by third baseman Nathan Simon, 6-4 Warriors. The Warriors ultimately put the game out of reach in the seventh when they added four more runs on a pair of hard-hit doubles to push the score to 10-4. Veseli tacked on three runs in the eighth inning to reach the final score or 13-4. 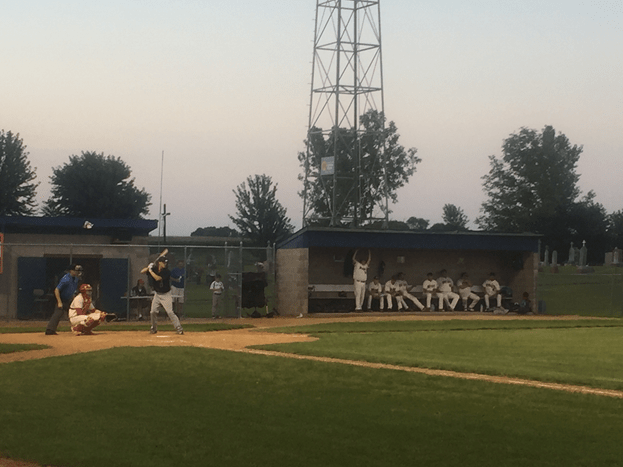 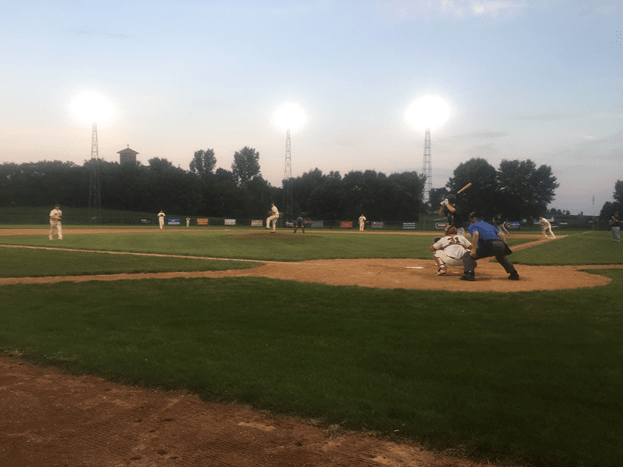 Matt Perkinson got the win for Veseli, throwing a complete game. Morrison took the loss on the mound for Prior Lake, lasting 6 1-3 innings and striking out six Warrior hitters. The Warriors now move on to double elimination part of the bracket that starts July 30, while the Mudcats look ahead to 2018. 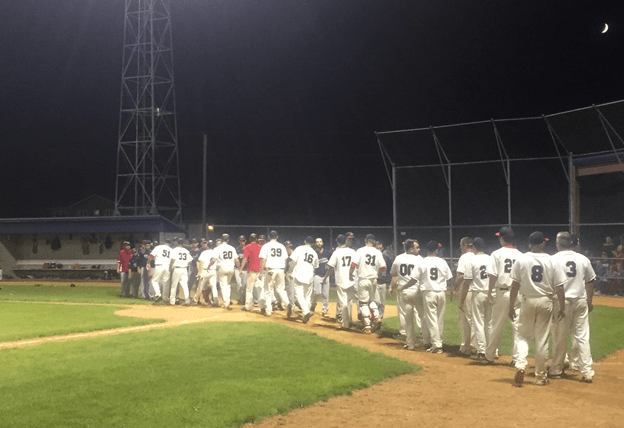 Taylor Smith can be reached at tay1@me.com.