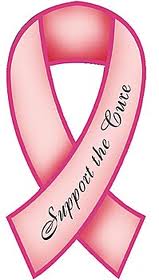 The Prior Lake Jays will host the Northwest Suburb (NWS) Redhawks in non league action Sunday 7/22 at 600PM.  The game will be their annual cancer awareness fundraiser 2012 Pink Cure Day with proceeds donated in support of cancer research (FANS IN PINK OR Team Color RED Will receive $1 Admission) AND there will be in game prize drawings and music from the “Voiceman” Dick Carlson.  The game will also feature Caseys Sweet Corn Feast with Cal serving em up hot in addition to the standard fare of the Vet Cafe’.   Root Beer Floats and ice cream sandwiches will also be  featured items to keep fans cool!  There will be a limited quantity of complimentary pink balloons for the kids courtesy of  Balloon Ascensions Unlimited.  The Vet Cafe’ will once again be staffed by Jennifer (Bidleman) Palmer & husband Mike in the Jays 4th annual cancer night fundraiser.  PROCEEDS FROM THE GAME WILL BE DONATED TO SUPPORT CANCER RESEARCH.

Be there early as former Prior Lake Laker, Mudcat player, Jay player, manager, GM & PLABA President Mike Murray, a 9 year survivor, will throw out the ceremonial first pitch just  before action kicks off at 600PM at Veterans Field of Memorial Park in Prior Lake Minnesota USA.