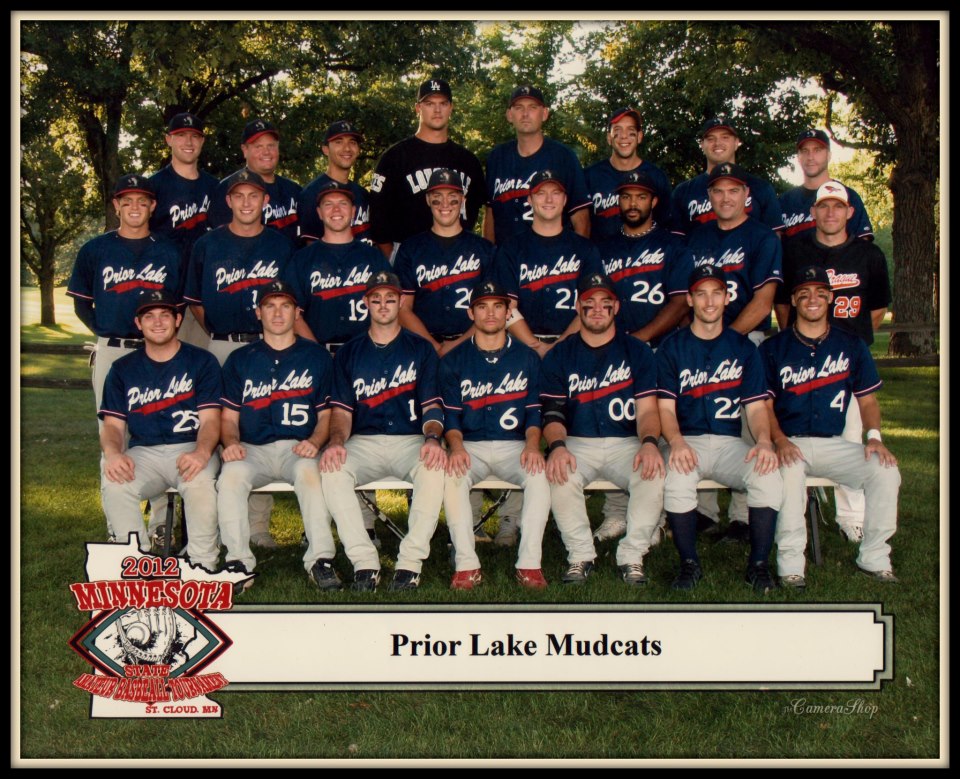 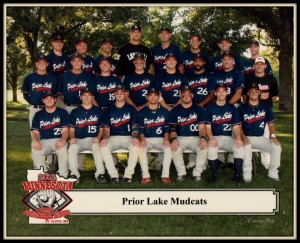 The Prior Lake Mudcats are 1 win short of matching last years best ever run at at the the MBA State Class C Championship when they fell to eventual runner up Waconia Lakers in 13 innings at the 2011 Championship. Their win over the Richmond Royals places them in the Final 32 teams of the single elimination tournament in their 2nd consecutive Tourney since their inception in 1991 .

The Mudcats record currently stands at 21-20 following their 9-3 win over Richmond at last weeks opening weekend in front of a raucous crowd supporting the “hometown” Royals who were unable to overcome the 2nd inning swarm of 6 straight Mudcat hits that led to 5 runs putting the game away for PL starting pitcher Jake Schmidt who went the distance.

Other DRS teams in Class “C” action Union Hill Bulldogs and Shakopee Coyotes were eliminated while Belle Plaine and Chanhassen of the RVL were also eliminated in opening weekend action. The St Patrick Irish of the Dakota Rice Scott League and Jordan Brewers of the River Valley League received byes as #1 seeds from Section playoffs and will be in action this weekend.

With the PL Jays eliminated in Section 3B playoffs, the Chaska Cubs and Victoria Vics of the River Valley League and Section 3B both advanced through SuperSection Final 16 action last weekend to represent the RVL & Section 3B in the MBA Class B double elimination Final 8 Championship Tournament.

LIVE gamecasts with instant stats are available on many games via MBA website by clicking on the scoreboard. “Voiceman” Dick Carlson will be webcasting the Prior Lake Mudcats and St Patrick Irish games at: http://www.richcarlson.ihigh.com/

**Fans should check back next week should the ‘Cats advance for information on fan buses for Championship weekend.