The Prior Lake Mudcats received a bye in the 2016 MBA Class “C” State Tournament as Champions of Region 3C. Following losses by Montgomery, Shakopee Coyotes and St Benedict, they would be the lone representative from the DRS League in week 2 of the 93rd Annual Championships.

Saturday August 27th the Mudcats would be home team at Hutchinson versus the Loretto Larks of Region 12C. The Larks were #4 seed in their Region and had defeated Region 2C 2nd seeded Hanska 3-2 in week 1 action at Dassel. The Larks for week 2 again sent Colton Petron to the mound. Petron had pitched 8 2/3 innings in their opening week win. The Mudcats countered with Ben Morrison who posted an 8-2 record in 2016 pitching 70 innings.

After a scoreless 1st by both teams, the Mudcats retired the Larks in order in the 2nd inning including a double play from 2nd baseman Jared Lehrer to Johnny Houston to Kyle Schmidt to retire the side. In the bottom of the 2nd with 1 out, rightfielder Jake Lehrer launched a 1st pitch Petron offering deep to centerfield for a homerun to give the Mudcats an early 1-0 lead. Petron settled, blanking the Mudcats from the scoring column through the 7th inning. The Mudcats, who played an error free game on defense, got one of many big plays in the game with one out and #8 hitter Eric Schutte on 2nd on a soft flair over deep 1st when Jared Lehrer stretched on a dead sprint to corral the ball and holding the runner to 2nd base bagging the 2nd out. In the 4th inning with Loretto runners on 1st and 3rd base, Morrison fielded a ball hit up the middle, fired to Houston at 2nd and he relayed to Kyle Schmidt for the double play and another Lark stranded in scoring position. Loretto also brought the leather playing error free defense and after a 1 out double to leftcenter gap by leftfield Tony Loehr in the bottom of the 5th, Brad “the Blade” Schoenrock drew a full count walk with 2 outs but both were stranded to end the threat. In the 7th and 1 out, Morrison laced an 0-1 ball for a double but with the speedy Lucas Pumper pinch running, the ‘Cats were unable to push him across. In the top of the 8th inning, Loretto speedster centerfielder Tyler Maher ripped a 1 strike Morrison pitch that carried over Cole Bjorge deep to the centerfield warning track for a leadoff triple. A groundout and popup grabbed by Morrison along 3rd base line set up a Morrison called strikeout on the left swinging Drew VanDahay to squander another opportunity for the Larks with PL leading 1-0. A one out single by Houston in the bottom of the 8th followed by a stolen base and Cole Bjorge single that was at the feet of the leftfielder holding Houston at 2nd. Mudcats 1st baseman Kyle Schmidt would plate Houston on a RBI single also advancing Bjorge to 3rd. After a line drive out by Jake Lehrer for the 2nd out, Petron was lifted in favor of Dassel Cokato draftee pitcher Jordan Danielson to face Tony Loehr who grounded out to end the threat with a 2-0 Mudcats lead after 8 complete.

With the game 2-0 after 8, Mudcats Manager Faue lifted Morrison in favor of the big lefty from New Market, Derek Bergstrom to start the inning. Bergstrom quickly recorded the 1st out on a 2-1 line drive to Jake Lehrer in rightfield. With certain rust since New Markets playoff elimination, the dependable Bergstrom allowed a single to the #8 hitter Eric Schutte before striking out the Larks #9 hitter Will Wade for 2 outs. After hitting the leadoff hitter Nathan Maher, Kent Koch ripped a RBI single on a 3-1 count advancing tying run Nathan Maher to 3rd and awakening the Lark faithful along 3rd base and facing centerfielder Tyler Maher who tripled in the 8th off of Morrison and was 2-4 coming into the at bat. Maher got down 1-2 in the count to Bergstrom before ending the game flying out to rightfield and allowing the enthusiastic PL fan contingent to exhale before erupting in cheers and advancing in the Tournament with the win. Ben Morrison got the win pitching 8 innings yielding 0 runs and scattering 7 Loretto hits walking 2 and striking out 4 picking up a double at the plate as a hitter. New Market draftee Derek Bergstrom got the save in relief allowing 1 run, 2 hits, no walks and 1 strikeout in 1 inning pitched. Jake Lehrers early homerun was his only hit and put him among 6 different Mudcats bagging a hit on the day with Kyle Schmidt getting the game winning RBI in the 8th for the ‘Cats 2nd run. Shortstop Johnny Houston was 2-4 scoring the winning run.

The Prior Lake Mudcats win advanced them to Labor Day Weekend of the single elimination final 16 of the Class “C” Championship Tournament taking on the Sobieski Skiis at 1100AM. Sobieski blanked Worthington 8-0 week 1 and Ortonville 6-0 in week 2 behind former Tourney MVP Tyler Jendro who also holds the record for Tournament wins with 6 during his MVP season in the 2014 when the Skiis captured the Championship in Jordan. With MBA Class “C” Gaylord Islanders from the River Valley League/Region 6C losing an epic extra innings thriller 8/26 (Jordan & St Peter lost Week 1), the Mudcats are the only representative from Region 3C(DRS) and 6C(RVL) to advance from 7 teams to Championship weekend. The ‘Cats will need 3 wins to play for the Championship Monday September 5 300PM at Dassel. 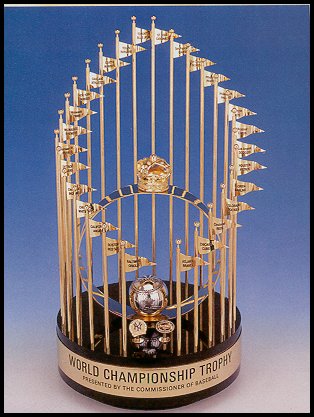 In MBA Class “B” Tournament action Section 3B/RVL East representatives Chaska Cubs and Shakopee Indians have 2 different paths in their quest for a Championship. Both won in week 1 single elimination and are in the Final 8 of MBA Class “B” heading to Labor Day/Championship Weekend.

The Chaska Cubs, tops in RVL East Standings in 2016 with a 10-2 record were depleted by the loss of Austin Lubinsky to their pitching staff and limped through gutty performances enroute to defeating Victoria in game 5 of their Section 3B playoff series before deferring #1 playoff seed to Shakopee Indians by “coin flip”. They won in week 1 of the Class “B” tourney by a score 4-0 over Rochester in the single elimination round of the 16 team MBA Class “B” State Tournament but were throttled by Miesville 11-2 in the double elimination final 8 sending them to the losers bracket Friday Sept 2 where they will need 2 wins over Blaine and St Michael to stay alive. The Cubs will need 4 wins to advance to the Championship, then defeat the Shakopee/Miesville winner twice to capture the title on Labor Day.

The Shakopee Indians, Section 3B “Champions”, came back from 0-2 Section 3B playoff deficit pounding Chanhassen 8-2, 11-1 & 9-2 to advance to the State Class B Tournament. They kept to recent form thumping Forest Lake 10-6 in single elimination action August 20th before an improbable late rally August 26 down 4-2 versus the Austin Greyhounds after the top of the 8th plating 1 in the bottom making the score 4-3. In the 9th inning with bases loaded and 1 out, Travis Larson hit a ground ball up the middle and after getting the 1st out at 2nd on a possible double play the ball went past the 1st baseman for the bottom of the 9th victory 5-4. In the 2nd game of the weekend versus St Michael 8/27 the natives plated 5 runs in the 1st inning of an eventual 6-4 win being out hit 16-7. They now face the Miesville Mudhens as the final 2 remaining undefeated teams Saturday September 1st 130PM at Litchfield. The loser of Shakopee Indians VS Miesville awaits the survivor of the Losers bracket Sunday September 4 730PM at Dassel with the Championship game(s) played Labor Day at Hutchinson with a Noon 1st pitch.

*Both 8/3 games to be broadcast on KCHK 95.5FM or KCHKradio.net (CLICK Logo or address)

MBA Website (CLICK HERE)– Always check for the latest on game times & locations. 952-226-3800 Integra PL Hardball Hotline will have details for the PL Mudcats and try include & follow other local teams. CHECK BACK & CALL FREQUENTLY FOR CHANGES & UPDATES.