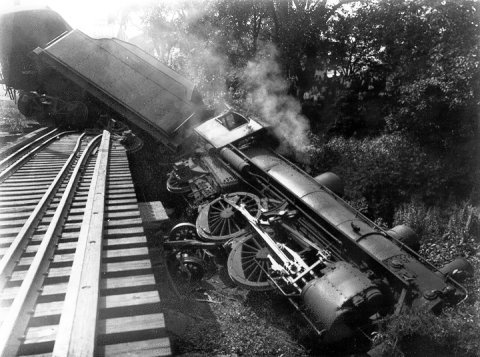 The MBA Class “C” PL Mudcats took it on the road for the 2017 season opener versus the high powered MBA Class “B’ Elko Express in DRS exhibition action Sunday April 23 at Fredrickson Field. Fans were greeted with perfect conditions of sunny skies, warm light breeze and the new Elko brick entry and 1st base dugout seeing fans & players for the 1st game of the 2017 season. With both teams starting the season and Elko adjusting to the loss of some lineup stalwarts from recent seasons, the expectations were unknown as to how the game would unfold for both squads but a Scott County clash was in store with pitchers & defenses combining to yield just 9 hits combined on the day.

The “Fud Free” Mudcats (vacation/IR) sent veteran hurler Ben Morrison to toe the rubber kicking off the 2017 campaign and the crafty vet did not disappoint the ‘Cats faithful blanking Elko yielding 4 hits and 3 walks while striking out 5 in 5 innings worked. The Express sent Tyler Brekke to the hill to face the Region 3C Playoff Champions from 2016 and Brekke answered tossing 3 hitless & scoreless innings walking 2 and striking out 1 to start the game for legendary skipper Terry Fredrickson. William Riach replaced Brekke in the 4th and tossed 2 scoreless of no hit ball walking 1. The Mudcats tallied 2 runs in the 6th on former NDSU flamethrower Glenn Parker throwing for Elko with BJ Benz drawing a walk and Jonny Houston launching a Parker offering with 1 out and a 1-0 count plating Benz on the 2 run blast. The ‘Cats would load the pads but were not able to push more runs across.

Long time Mudcat lefty Ryan White relieved Morrison with a 2-0 lead in the bottom of the 6th and he walked Larsen, Delich & VanDusen to start the frame with bases loaded and no outs. White struck out Levine before running a full count to Express vet Cory Grism who ripped a single to short that scored Larsen on the fielders choice out to Rein at second. The ‘Cats held with White running the count full to Kyle Kalina who, with runners at the corners, bounced a full count pitch to third that Brad “the Blade” Schoenrock scooped and fired to Schmidt at 1st for the 3rd out ending the 6th with a 2-1 score.

Former St Paul Saint Mike Mehlick toed the mound for Elko in the 7th striking out Schoenrock, forcing Benz on a groundout to 2nd before striking out Morrison for a 1-2-3 inning. Kraska started the Elko 7th with a hard bunt single past White towards 2nd base before Dylan Thomas reached on an error by Rein. With runners at 1st and 2nd Jason Grimm tried a bunt but the puma reflexes of White sprang as he darted from the mound towards the 3B dugout about ½ way up the line where he snared the soft pop/bunt for the 1st out nearly gaining his feet for a chance to double off Kraska at 2nd. With Kraska advancing to 3rd on a passed ball, Schoenrock fielded a grounder at 3rd firing home to Schnieder to cut down Larsen for out #2 with Delich grounding to short where Houston forced the 3rd out and threat stranding a runner at 3rd to end the 7th.

Houston led off the 8th with a single advancing to 2nd on a passed ball to Bjorge before getting picked off by the saavy Melick. Bjorge would ground out for the 2nd out before Jake Lehrer knocked a single getting stranded with Schmidt striking out to end the 8th. White walked VanDusen before rolling a Levine grounder to Schoenrock who fired to Rein for the 1st out. Grism was struck out for the 2nd out in the Elko 8th before Kalina grounded out to strand another Express runner and get hold the slim 2-1 lead after 8 complete.

Dylan Thomas came on for the Elko 9th pitching and issued a lead off walk to Schnieder before striking out the side 1-2-3 stranding Schneider after 8 ½. The plucky Express faced Skylar Pumper in the bottom of the 9th and Pumper, limited by injury in 2016, walked Kraska & Thomas before the ‘Cats went to Houston to hold the Express. After striking out Grimm for the 1st out, Ash Larson tagged a single to leftfield that Benz came up firing on tossing a perfect strike to home ahead of Kraska who dove headfirst into home trying for the tie but was buried by the sure handed Schneider to record the 2nd out at the plate. The tying run, Thomas had advanced to 3rd before Houston struck out Garrett Delich on a 1-2 count to end the Express threat and save the Mudcats win ending the game a 2-1 PL WIN!

Houston led the ‘Cats batting attack collecting 2 hits, scoring and bagging 2 RBI along with the save on the mound with the game winning RBI on his 2 run blast in the 6th. Morrison left with a 2-0 lead getting the win and yielding to White in the bottom of the 6th . He threw 3 innings allowing 1 run, walking 4, striking out 2 and allowing 1 Elko hit. Bjorge and Jake Lehrer got the remaining 2 Mudcat hits. Parker was tagged with the loss for Elko in a well played early season battle.

*Season schedules and VETPass17 will be available to get fans into all regular season Jays & Mudcats townteam baseball. There will be music, drawings and fun as the Mudcats kick off the home slate of games at Veterans Field of Memorial Park for the 2017 season.

On VETPass17, which costs $15, fans receive 1 complimentary item from the concession in May, June & July Jays or Mudcats games. SUPPORT MBA TOWNBALL!