PLAYOFFS 2019: PL Jays square with Shakopee in “Play In” Series

The 2019 Prior Lake Jays commence a three game series as part of MBA Section 3B playoffs Sunday July 28 6:00 pm against a familiar foe, The Shakopee Indians. Shakopee eliminated the Jays at the “Balkwalkee” game in 2018 in the game to secure the #4 seed in Section 3B when the Jays balked and walked in runs in addition to two errors in what became a six run margin, 12-6 Jays loss and Shakopee advancing to the 2018 MBA Class “B” Tournament on the victory. In the 2019 regular season, the Jays were thumped by Victoria Friday June 26 when a win as well a Shakopee loss vs Chaska would have provided home field advantage to the Jays. In 2019 Shakopee was the lone team the Jays had tie-brake with winning 8-4 June 21 at Shakopee and losing at home in PL 9-7 on July 21.

Game 2 is scheduled for Tuesday July 30 7:30 pm in Prior Lake and if needed Game 3 would return to Shakopee Wednesday July 31 with a 7:30 pm scheduled 1st pitch.

The play in Series winner of the 6 & 7 series will play Chanhassen in a 3 game series with the opportunity to qualify for the 2019 Section 3B Championship as well a slot at the 2019 MBA State Class “B” Tournament which is hosted by Delano, Maple Lake & Dassel concluding with Champions crowned in Class B & C on Labor Day.

Other MBA Section 3B Series scheduled to start Friday August 2 AND already set are:

Follow Section 3B through playoffs below and support MBA Townball! 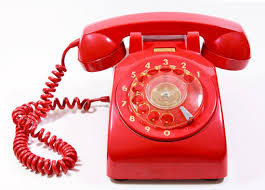