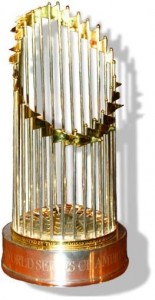 Mudcats @ Shakopee Coyotes 7/19
Shakopee 11 Prior Lake 6. The Mudcats jumped out to a 3-0 first inning lead when Levi Schneider doubled, Cole Bjorge and Jake Lehrer walked. Noah Rezac then cleared the bases with a double. Shakopee tied it in the bottom of the first on a walk, hit batter, triple and a single. Shakopee scored singled runs in the second and fifth off starter Mike Borgert-Poepping. The ‘Cats came back and tied the score with runs in the sixth and eighth.
Shakopee blew it open with six in the eighth off reliever Zach Lovera on five unearned runs. The Mudcats answered with one in the ninth. Leading hitters were: Noah Rezac with 3-4, 4 RBI, BJ Benz 2 BB, 2R, a hit each for Levi Schneider, Cole Bjorge&Brad Schoenrock. 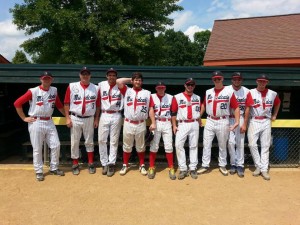 Mudcats VS Jays Townball Appreciation Day 7/20
The Jays and Mudcats squared 7/20 for their annual inter city game and were deadlocked at 1-1 after one when the Jays Reed Zweber laced a 2 out pitch from Ryan Defries for a triple and was knocked in by a Chris Kelly triple in the 2nd. The Jays added a run in the 4th to make the score 3-1. In the 5th with 1 out, Jim Schroeder reached on balls followed by a Dusty Olynyk double and a Scott Geisler walk when Dan Schroeder laced a ball down 1B line known as the “foul” heard round the world which cleared the bases as a double. The Jays posted 2 more in the 7th off of releiver Fud Faue to complete the scoring in a 9-1 Jays win. Reed Zweber led the Jayshitting with a2-4 effort with a RBI, double and a triple. 10 other Jays bagged a hit and Corey Goblirsch got the win starting on the bump for the birds with Dan Schroeder tossing 3 scoreless. Greg Faue, 1-2 RBI, BJ Benz 1-3 run and Jake Lehrer 1-3 picked up hits for the ‘Cats who “Rosted” the red for fans in attendance.

Victoria took the lead early on a 6 run 1st cruising to the win behind Trevor Patterson. Matt Mann led the Vics hitting 3-6 with 2 runs scored while the Jays were led by DH Goblirsch who was 2-4 and scored. Mike Hadden got the start & loss for the Jays on the hill with a final of 15-7. the Vics posted 6 in the 1st before recording an out and did not look back scoring 1 run in the 2nd, 6 in the 4th and 2 in the 6th. The Jays answered with 3 in the 5th and 4 in the 7th and stranded 9 runners. Mestnik and Anderson also worked for the Jays with Anderson yielding 2 runs in 5 innings.Goblirsch 2-4 run and Reed Zweber 2-5 run and a double led the Jays batters. Congrats to Vic relief pitcher Connor Stremke who will be featured at the Scott County Fair in the “loudest F Bomb” contest, PL fans and Veterans salute him as he goes for gold.

The Chaska Cubs enjoyed a great night at Athletic Park posting 2 runs in the 1st on 3 hits then following with 3 in the 2nd on 3 hits and a walk to cruise to the win. They also posted single runs in the 4th and 5th and flamethrower Ryan Seifert who burned the Jays with 8 strikeouts in 7 innings work scattering 6 hits and 1 walk. Chris Kelly for the Jays scattered 11 hits and 2 walks in 7 innings with Mike Hadden throwing a 1-2-3 8th with 2 strikeouts. Greg Lane 2-2, 2 run, 1 BB, 1 RBI, SB led the Cub batters while Goblirsch 2-5, RBI led the Jays attack that stranded 11. Chaska SP/WP-Seifert, App-Kilber. Prior Lake SP/LP-Kelly, App-Hadden 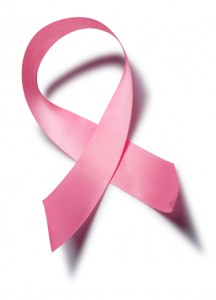 The Chaska 7/23 loss assures the Jays of the #4 slot in Section Seeding and home games Sunday 8/4 & Thursday 8/8 (if needed) in the Best of 5 Section 3B playoffs. The Chaska Cubs, 0-2 VS Victoria, will need to run the table with 2 games remaining VS Victoria 7/25 and @ PL 7/28. Victoria also has a game remaining at Shakopee that could figure in the final seedings to slot the Jays Section 3B playoff opponent. The Jays at 0-6 in Section play with 3 Section games remaining will post their worst regular season record as a member of Section 3B but have shown flashes at different points of the season to give hope for a playoff run in one of the most competitive sections in MBA with the 2012 Champion (Victoria) and 3rd place team (Chaska) showing their form thus far. UPDATED: Victorias 4-0 win over Chaska 7/25 locks the defending Champions as #1 seed and they will host PL Friday 8/2 in Victoria for game 1 of the best of 5.

The teams of Section 3B, Chaska Cubs, Prior Lake Jays, Shakopee Indians and Victoria Vics have collaborated on a great deal to encourage fan support for the upcoming Section 3B playoffs. Section 3B is again playing a “Best of 5 Games” format pairing the #1 and 4 seeds and #2 and 3 seeds with home field advantage to the higher seed. The dates are August 2,4,6,8,9. with Seed Game 8/11. In case of rain, games should take place the following day. The 2013 section 3B Playoff Pass is available NOW at games and will provide admission and 1 complimentary concession item for ALL Section 3B playoff games. It is available at the low price of $20 ($30 Value) and includes the RVL website and Integra PL Hardball Hotline 952-226-3800 number to assist fans in following one of the most competitive and successful Sections in MBA Townball. Support MBA Townball and get your pass TODAY!

LakerLegion Wins 11-1 over Red Wing to open Playoffs. Click link above for the bracket. They play Eastview at 1PM at Dundas 7/25….Jays rookie Zach Fraasch got the win on the hill.