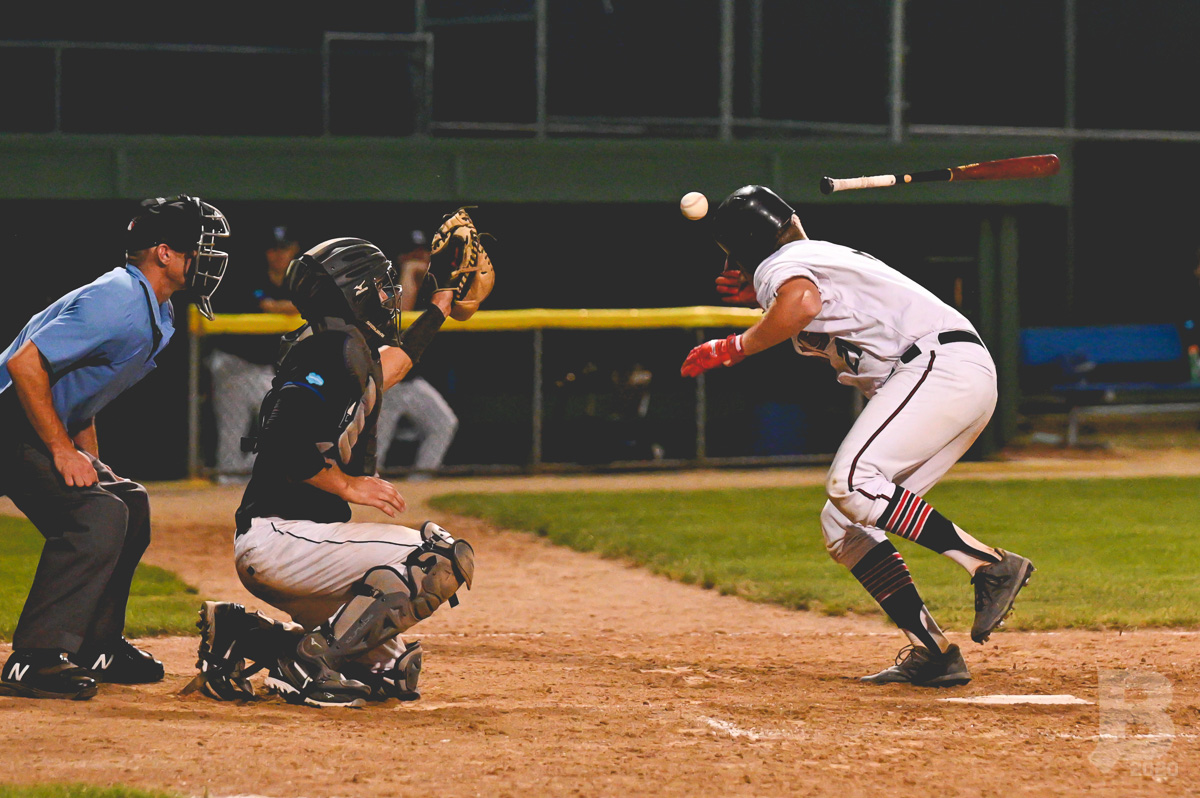 The Jays needed their first league win of the abbreviated 2020 season to avoid being the lone team at the bottom of the RVL standings Friday night. With that in mind, Cooper Smith would set the Jays flying in the right direction both offensively and defensively. Smith would start on the mound, throwing six complete innings, striking out four, and only allowing two hits. His offensive performance was equally impressive going 1-for-2 with a double, three walks, and four RBI.

Putting up two runs in the first gave the Jays a quick start with a double from Jonesy Buescher and triples from Mitchell Goodwin and Jonah Hoeg. Goodwin and Hoeg would each be credited with an RBI during the inning.

Excelsior would tally a run in the fourth before the Jays answered back with three more of their own in the same inning aided by four Islander errors.

The Jays secured the victory thanks to an 11-run sixth inning. The offensive firepower was led by Hoeg, Smith, Sam Emmerich, Austin Gordon, and Buescher, all driving in runs in the inning.

Smith earned the win for hometown Jays with Hoeg throwing one inning in relief out of the bullpen.

Prior Lake Jays tallied 11 hits in the game. Buescher, Goodwin, Gordon, and Hoeg all collected multiple hits; Goodwin and Buescher each collected three hits to lead the team. A strong Jays defense afforded them their first errorless game this season.