Townball Playoffs On, Mudcats Dropped in Game 1 to Veseli.

The Prior Lake Mudcats, following a deep run in the Class C State Tournament in 2016, have had an up & down season following a quick 4-0 start. The Mudcats split in final regular season action with the Montgomery Mallards in 2 games and locked into a #7 seed for League playoffs with a record of 12-11. The top 4 finishers, Fairibault, New Market, New Prague and Union Hill advanced to Region 3C Playoffs with the balance of teams squaring in a best of 3 series to advance to Regional play.

The #7 Mudcats drew #10 Veseli Warriors who with a young team finished 6-17 behind the return of long time skipper Chris Hertaus to the helm and split regular season games with PL. May 29 at Veseli the ‘Cats lost 7-4 committing 7 errors behind starting pitcher Jake Schmidt and June 28 blanked Veseli 7-0 with Ben Morrison and Justin Hackett combining for the 3 hit shutout.

In Game 1 July 25, the Mudcats sent pitcher Topher Rose to the bump forming a battery with catcher/brother Ryan. The crowd trickled in late as skies were threatening with both Tornado and Thunderstorm watches in place and a line of storms running just 10 miles North along the river valley but limited in PL to a light rain at times. Rose blanked the Warriors in the 1st 2 innings before Cody Shimota drew a leadoff walk and advanced to 3rd on 1 out single by leftfielder Cory Friedges and a walk to shortstop Matt Perkinson before and RBI single to left center by Veseli pitcher/DH Ben Doerr. The Mudcats answered for 3 in the 3rd plating runs with 2 outs by DH Ben Morrison, centerfielder Cole Bjorge and rightfielder Jake Lehrer who walked, singled and walked respectively and were plated by single, bases loaded walk and hit batsman by Topher Rose, Kyle Schmidt and BJ Benz. The ‘Cats added 1 in the 4th with a leadoff double to rightcenter by Blade Schoenrock who advanced on a passed ball and plated on a squeeze bunt with 1 out by DH Ben Morrison.

The Warriors plated 2 in the 5th on a 1 out walk, then single followed by strikeout, single and error on a groundball hit softly to 3rd. Following a scoreless Mudcat 5th the Warriors tied the game at 4 in the 6th with a leadoff walk, bunt single by catcher Tyler Busch and walk to Friedges. Perkinson plated Shimota on a groundout to second base before Kyle Schmidt fielded a grounder then caught a pop fly at 1st base to end the Warrior threat.

In the Mudcats 7th Cole Bjorge led off singling but was thrown out at 2nd on a steal attempt. After a Jake Lehrer single and walk to Topher Rose, Hertaus lifted Doerr and right hander Ryan Bastyr was called upon to stop the ‘Cats with 1 out and 2 on. He was up to the task enducing Kyle Schmidt to ground into a double play to second then to 1st to end the threat. In the 8th, Rose recorded an out before consective single to Busch and Friedges before a grounder to Houston recorded the 2nd out at 1st. Rose had Doerr in a hole with an 0-2 count that Doerr doubled plating 2 runs that would be the margin in the game. PL lefty Ryan White threw the 9th recording an out, then giving up a single but on the throw to the pitcher, Nate Novak advanced to 2nd on a poor throw. Mike Bartusek grounded to Houston who fired to 3rd where Schoenrock returned the ball in a “hot box” with White covering as Houston tossed the ball back to White for the 2nd out on a 6-5-6-1. With 1 on, a grounder to Blade ended the Veseli 9th. In the bottom, the free swinging ‘Cats went in order with K, 1-3, and flyout to 2nd by Bjorge, Jake Lehrer and Schultz to end the game.

Rose pitched 8, fanning 11 and scattering 9 hits yielding 6 runs, 5 earned and walking 7, 3 of which scored. Ryan White tossed 1 scoreless 9th giving up 1 hit. The Mudcats offense stranded 10 baserunners on the night. Cole Bjorge was 2-4 with an RBI and run scored to lead the attack with Topher Rose 1-1 RBI, Jake Lehrer and Blade Schoenrock bagging hits and scoring in the effort in a well played playoff battle. 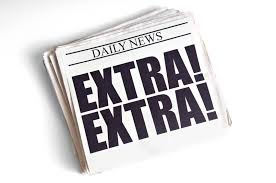 News From the Pond:

-Sorry fellas, Brad “The Blade” Schoenrock is off the market as he got accepted on his proposal to longtime gal Jackie.

-Mudcats DRS All Star Johnny Houston has supported Veterans Field operations as part of an internship in Sports Management at the University of Minnesota this Summer. PLABA coordinates many operational aspects of Veterans Field including all field maintenance supporting 150+ games annually.

-Spotted in the crowd this week, former PL Laker Lions All Star Rob Tschimperle at PL Jays Monday 7/24 game. “Tschimp” was a member of the the Mudcats out of PL High before playing several seasons with the PL Jays. He has been in Milwaukee for the past 10 seasons and was recently hitter of the week on the team he is player/GM of, the Milwaukee Beavers and is in Sales Management. His squad won consecutive League titles before transitioning leagues and also included former PL Jay Tim Garceau who is now living in the area also but taking the year off.

-Mudcats OF/P Cooper Youngs had a good playoff for the Laker Legion Wizards with the stick helping the Wiz to the SubState6 Championship game. The Wizards were taken down by Eastview 20-15 and 15-13 to end a great Summer of American Legion baseball in PL. Eastview advanced to the State American Legion Tournament being hosted by CHS Field, Dunning Field (St Paul) and Siebert Field at the University of Minnesota for the 1st time. Cooper was a Mudcats batboy and Grandfather Don Bohnsack helped start the PL Jays and PL Mudcats and was 1st Coach/GM of the ‘Cats. Youngx hopes to earn a spot on the Hamline ball team this Fall.