Townball STATE B/C TOURNAMENT 2020: *PL rolls in as 4 seed to face Brewers

As the 2020 year and season gained clarity at the end of June, the Prior Lake Jays and Prior Lake Mudcats took to the diamond hoping to build on 2019 in a short season. For the Mudcats, a return to MBA State Tournament and deeper run in MBA Class “C” than their 2019 Final 32 finish is the goal. For the Jays, the uncertain roster that evolved into the season has tried to find answers with new parts in a 12 game season during July. The Jays hoped to build coming into the year on consecutive 5th slots in 2018 & 2019 playoffs 1 game short of competing the MBA Class “B” State Tournament where 4 teams represent Section 3B. Both the Jays and Mudcats locked 4th seed in their Section/Region playoffs and will square with the Brewers (*Moorhead V Jays, New Ulm V Mudcats) in their opening games of the MBA State Championships in Class “B” & “C”. 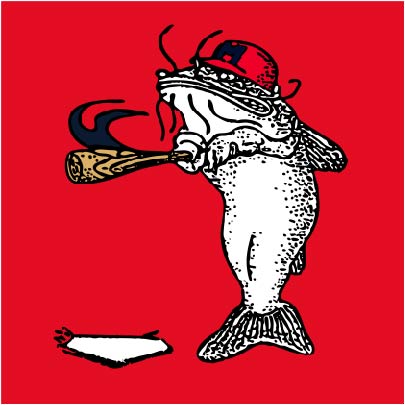 The hometown PL Mudcat 9 posted a 7-2 record in the Dakota Rice Scott league locking down the #2 regular season seeding for the Region 3C Playoffs and a 1st round bye. The squeeked by St Benedict 5-4 before getting clipped by eventual playoff Champ New Prague by the same 5-4 score. In the losers bracket facing elimination, the ‘Cats travelled to Bell Field Faribault eliminating the host Lakers 11-3 to secure a Class “C” state tourney slot. The ‘Cats hosted Union Hill for the #3/#4 seed but were unable to keep down the Bulldogs losing 18-8. The ‘Dogs powered to their #3 finish beating Faribault 11-1, blanked by regular season #1 St Patrick 10-0 before securing their State “C” slot by an identical 10-0 score leading up to their win for the #3 seed from 3C.

The Greg Faue managed Mudcats had 6 batters over .300 with contributions across the lineup but were led all season at the plate by Corbin Cross who batted at a .500 clip in 58 PA including a 5-5 with a walk in their clinching game at Faribault. On the hill veterans Ben Morrison 4-1 37IP and Luke Weber 3-2 2.10 ERA led the pitchers both with low single digit walks and 20K on the season with contributions from Alex Wattermann 1-0 2 Save 13IP 2.08 ERA and wily Jack Schmidt who also posted a 1-0 record in 11IP striking out 11. Like the veteran players in the field, the ‘Cats had contributions across the roster pitching with 11 different players toeing the rubber in 2020 including Zach Lovera and Jonny Houston who combined for 8IP with zero ERA. Faues tenure with the team dates to 1991 as a player when the team was formed. Faue has also played for the PL Jays and New Market Muskies. The roster composition has 19 residents/PLHS Laker Alumni.

The # 4 finish also landed the Mudcats in the Class “C” bracket to face the New Ulm Brewers (#2 seed, Region 2C) who were blanked 10-0 in their title game to Lamberton following wins over Hanska and Stark.

NEXT UP: Prior Lake Mudcats VS New Ulm Brewers 500PM at Springfield

IF YOU GO: Remaining tickets (#52 8/21 10AM) will be on sale 30 minutes prior to gametime. THANKS in advance for cooperation on MBA Cov19 Protocol at entry. NO PETS, Cash only.

AND… The winner of PL/NU in the 48 team single elimination Tournament will face the KIMBALL EXPRESS in Milroy Saturday August 29 500PM.

IF YOU CANNOT ATTEND: 95.5FM KCHK will broadcast Sunday 8/23 as well games to be streamed for purchase at PrepSpotlight.TVand IScore live scoring through MBA Website. 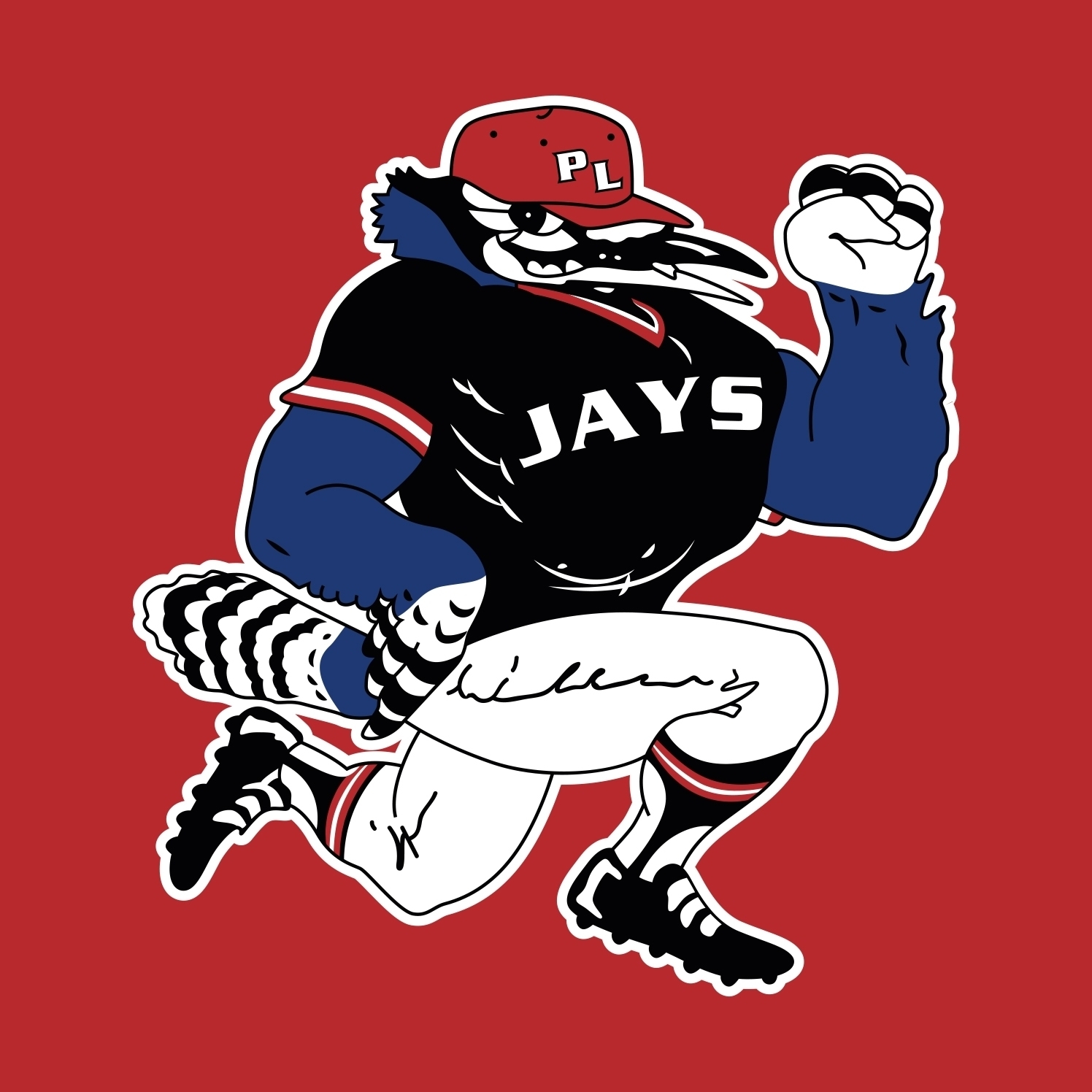 The Jays dropped some early games in the 2020 season by close margins while seeking a winning formula to advance through the grueling Section 3B playoffs. The “hometown Jays” feature 22 of 25 playoff rostered players in 2020 either graduate of PLHS or residents which is unusual among Class “B” teams.

Manager Scott Geisler in his 4th season at the helm of the Jays along with GM/AssMgr Tex Chapman and Coaches Pat “The Galvinizer” Galvin, Justin Braun and Taylor Smith in 2020. The squad posted a 2-8 record in Section 3B/RVL games (7th RVL East) and were 1-1 in Non league regular season action defeating Highland Park 12-2 and dropping 9-5 to St Louis Park (both Class “A” State Tournament qualifiers). The Jays are 2-2 thus far in playoffs defeating #2 seeded Victoria 7-4 in game 1 of Section 3B before dropping to Chaska 7-1 and surviving a 6-4 win at Shakopee Indians to lock a MBA Class “B” Tournament slot before Victoria locked the Jays into the #4 seed with a 9-0 Win. The Jays are currently 5-11 overall. The 2020 Jays had 5 members hit over .300 on the season (Team .243) with Joe Loftus leading the pack at .667 and 7 players over .400 on base (Team .347) with Loftus .700 at the top of the charts. Ben Eisenburg 39.1 IP, Brandt Broderick 1.10 WHIP, 1.42 ERA were among pitching leaders with contributions across 12 players that pitched in the 2020 season. Tex Chapman, Adam Cress (22nd season) and Scott Geisler remain from the 2009 Jays “B” Runner Up team with TJ Larson, Jeff Butler and Pat Galvin remaining from 2011 Final 12 squad. The Jays signed 8 new players rostered in 2020.

IF YOU GO: Remaining tickets (#96 8/21 NOON) will be on sale 30 minutes prior to gametime. THANKS in advance for cooperation on MBA Cov19 Protocol at entry. NO PETS, Cash only.

IF YOU CANNOT ATTEND: 95.5FM KCHK will broadcast scores and updates as well games to be streamed for purchase at PrepSpotlight.TV and IScore live scoring through MBA Website.

LAST MATCHUP: The PL Jays hosted Moorhead in June 2018 and hung early with 1-1 score through 5 innings and 2-1 after 6 when the Brewers posted a 5 run 7th enroute to an 8-1 non league win. Brewers leadoff Denver Blinn 3-5 2 runs and Mike Peschel 3-3 2 walks, 2 RBI led Moorhead offense while Kyle Kingsley (6IP, WP) and Ryan Olson (3IP) kept the Jays offense down scattering 9 hits with Kashmark and Buescher having multi hit days at the plate. Jason Peter took the loss on the hill pitching 5 and Jimmy Cosgrove threw 3 innings allowing 2 earned runs for the hometown Jays.

AND…The winner of PL Jays VS Moorhead Brewers will face the winner of Chaska VS Dundas (8/29 2PM) on Saturday August 29 700PM.

AREA BALLERS REPRESENTING: Elko Express (DRS-Section 1B), New Prague Orioles, St Patrick Irish, Union Hill Bulldogs, Prior Lake Mudcats (DRS-Region 3C) from the Dakota Rice Scott League and Chanhassen Red Birds, Chaska Cubs, Victoria Vics (RVL-Section 3B) as well Jordan Brewers, Gaylord Islanders (DRS-Region 6C) from the River Valley League are participants in the MBA 16 team Class “B” and 48 team “C” State Tournaments. With New Ulm opting out of hosting at Historic Johnson and Mueller Parks, The Class “C” Tournament will be hosted by Springfield (was a 2020 3rd Site) and Milroy Riverside Park while the entire Class “B” Tournament will be hosted by Shakopee.