Townball STATE “B” & “C” TOURNAMENTS 2020: FINAL WEEKEND, Champions to be crowned, PL Mudcats in the mix

MBA 2020 was anything but clear as the historic pandemic of Cov19 swept the planet. Following delay and cancellation of collegiate and then high school seasons, as the clock ticked past April and May into June the season teetered towards cancellation with a later push on townball floated as an option to HAVE a season in 2020. 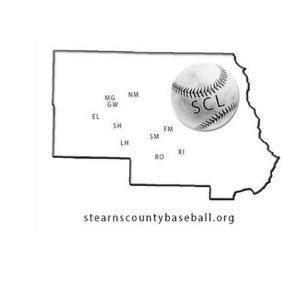 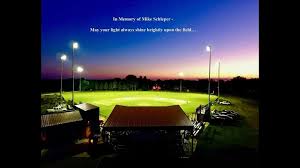 The Sterns County League which includes Farming, MN Schleper Brother Field (yes related to the South Metro Shakopee family with patriarch Joe gracing the name of the famous diamond off 169 at Tahpah Park) opened the 2020 townball season in defiance of Governor Walz and MBA sanctioned “exhibition games” for its members to commence townball 2020. Many teams also played road games out of State where relaxed rules allowed play. As time progressed and the State formally sanctioned outdoor dining at restaurants, teams helped create a process that MBA formalized and implemented to comply with MDH & CDC guidance to help ensure the safety of fans, players and volunteers that annually work in their communities operating town team baseball games. THANK YOU to supporters, officials and fans for your cooperation in 2020!

Late in July, after City Council vote, New Ulm backed out of hosting the 2020 Tournaments at Historic Johnson and Muller Parks. MBA stepped up and Springfield (already a 3rd site) and Milroy teamed up to host 2020 MBA Class “C” while 2018 co-host Shakopee was able to ramp up to host Class “B” Tournament games at Joe Schleper Stadium-Tahpah Park. Both class host sites implemented ticketing and procedures to limit attendance and clear parks between games to continue the compliance that communities and teams across the State of Minnesota had which has been a success as no known reports of transmission at games among teams and fans that started seasons in June.

This weekend culminates a season of “strange times” as unknowns were answered and baseball was played. Congratulations from PLABA to 2020 season participant teams and THANK YOU hosts and volunteers for supporting MBA Townball.

Local teams still with eyes on the prize for 2020 include in Class “B” Chanhassen (RVL East-Section 3B) in the Final 4 for the 3rd straight season along with familiar teams Cold Spring, Moorhead Brewers and Miesville with a Champion to be crowned Sunday September 6. The Prior Lake Jays were eliminated by Moorhead in the Final 16 while the Elko Express of the DRS League and Section 1B were dropped by Cold Spring in Final 8. Other RVL East-Section 3B teams in the 2020 Tournament outted were Chaska who was thumped by Dundas 10-1 and Victoria 10 runned by Champlin Park 12-2 in Final 16 action.

In Class “C”, 16 teams each needing 4 wins for a Championship Monday/Labor Day. The Prior Lake Mudcats (and 3 draftee pitchers from St Benedict) represent the Dakota Rice Scott League (New Prague eliminated Final 32) as a 4 seed from Region 3C along with Union Hill & St Patrick. 2019 “C” Champion Jordan Brewers of the RVL and MBA Region 6C (Gaylord eliminated Final 32) also represent Scott County hardball in Final 16 of the single elimination tourney. The winner will need 3 wins in 2 days to advance to the 2020 MBA Class “C” Championship game at 100PM in Springfield Monday 9/7. Link BELOW to follow the action. Live Streaming purchase through PREPSPOTLIGHT.TV as well on the radio or net KCHK 95.5FM/1350AM will have broadcasts and score updates ALL WEEKEND.