Mudcats dropped by Ox in Final 16 of Class “C”

The PL Mudcats 2020 magic ran out in a Labor Day Weekend matchup with the Bemidji Blue Ox dropping by an 8-1 score on Saturday Sept 5. Following a 2nd place regular season finish in the Dakota Rice Scott League, the Mudcats dropped into the 4th seed from Region 3C playoffs and had a little bit of everything for loyal fans able to support the team in the 2020 MBA State Class “C” Tournament in their 2 wins at Springfield and Milroy to conclude the season.

The ‘Cats playoff run to Final 16 action followed an improbable 11 run inning vs the New Ulm Brewers that capped a 13-10 comeback win in Week 1 as well a thrilling 2-1 12 inning win in week 2/Final 32 over MBA Class “C” powerhouse the Kimball Express. In Week 3, the Mudcats were missing outfielder Cole Bjorge and were unable to convert baserunners with timely hits while Bemidji was pounding the ball hard all over the yard at Milroy Yankee Field tallying 9 hits including 2 doubles and a homerun off of crafty Ben Morrison who started on the bump for the PL 9 and took the loss in the Blue Ox 8-1 win. The Mudcats bottom 5 starters in the batting order were not able to tally a hit with the top of the lineup bagging 8 of their 9 hits with Alex Watterman 3-4 plating a RBI and Jonny Houston chipping in with a 2-5 effort and scoring their lone run in the leadoff spot. The game 1-1 after 1 inning remained scoreless until the 4 run bottom of the 5th inning that ended Morrisons day with a 5-1 deficit. Watterman allowed 3 runs on 3 hits in relief, all unearned in the 7th in his 2 inning stint while Luke Weber blanked Bemidji tossing a scoreless 8th inning.

In addition to big days at the plate by Watterman and Houston, the Mudcats veteran Manager Greg Faue bagged a pinch hit late in the game to lead off the 9th inning as the ‘Cats tried to rally back against Ada A’s draftee pitcher Ethan Opsahl who pitched a complete 9 hitting 1 ‘Cat (Nolan Rein) while scattering 9 hits, walking 1 and striking out 4. The Blue Ox had a balanced attack with 4 players tallying multi hit games and homer to right in the 4 run 5th by big firstbaseman Basil Zuehlke who batted 8th and went 2-3 scoring 1 and collecting 3RBI. The Blue Ox shortstop and leadoff hitter Mitch Hendricks had a 3-5 day at the plate with a double and 2 runs scored to go with some slick fielding to help keep the Mudcats contained as they did put the ball in play but were unable to convert in the loss.

The Blue Ox, with few extra players available for Week 3, were unable to get the lead as they had on the Mudcats and not able to slow down the Cold Spring Rockies Sunday 9/6 getting losing 10-1 in the final 8. Union Hill of the DRS was blanked 6-0 in Young America and defending 2019 Class “C” Champion Jordan Brewers of the River Valley League lost to Fairmont 7-5 in Final 16 action while the St Patrick Irish represented Scott County and the DRS League pounding Carver 16-4, beating Bluffton 2-1 and Young America 6-4 before running out of gas in the Championship game losing 12-0 to the Fairmont Martins on Labor Day. 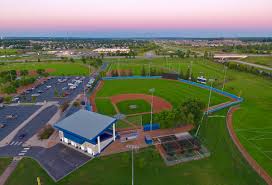 Shakopee, a 2018 MBA State Tournament host, stepped up and dialed in when New Ulm backed out of hosting MBA 2020 with Springfield. Schleper Stadium at Tahpah Park hosted Class “B” Tournament games only.

The PL Jays were dropped in single elimination week 1 after hanging late into the game to the Moorhead Brewers 10-2. Elko Express of the DRS and Section 1B won in week 1 then dropped to Cold Spring 9-5 in the Final 8 single elim. Chaska (L 10-1 Dundas week 1) and Victoria (L 12-2 Champlin Park) from MBA Section 3B-RVL East League were pounded in week 1 action. The Moorhead Brewers advanced past Dundas and Cold Spring to face Section 3B-RVL East #1 seeded Chanhassen in the Final 4 double elim losing 4-2 but bounced back through the losers bracket taking out Cold Spring 4-3 to rematch with Chanhassen leading much of the game but losing late 4-3 on Sunday September 6 at Shakopee for the Red Birds 3rd consecutive Tournament victory.

Congratulations from PLABA to 2020 season participant teams and THANK YOU hosts and volunteers for supporting MBA Townball. The State Tourney in Class “B” & “C” attracted more than 14000 fans with limited capacity. Continue to check back in off season for updates, news and info as well follow the PL Jays and PL Mudcats on Twitter and Facebook. 2021 will be hosted by Chaska, Waconia and Hamburg. 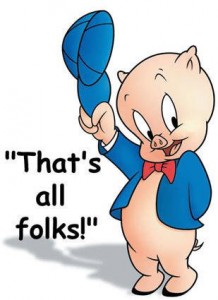