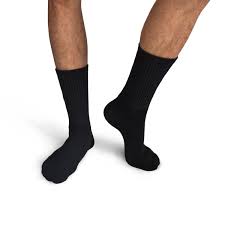 The PL Mudcats hit the road for the Longest Day, June 21, seeking to reverse a 5 game “mini-skid” that included losses to St Michael and Milroy Yanks at the Arlington Gaylord Miller Lite Invitational last weekend. The makeup with the Webster Sox from May 20 rains took place at Elko Fredrickson Field Tuesday June 21. The Mudcats entered the game at 6-6 in the DRS League which had dropped them to 7th place after a hot 4-0 start to the 2017 DRS season.

In need of a win, the ‘Cats sent veterans hurler Jack Schmidt to the mound to pitch. The ‘Cats plated 2 in the 2nd and 4 in the 3rd for an early lead. Schmidt cruised surrendering single Sox runs in the 3rd, 5th and 6th with only 1 of the 3 runs earned in the 7 inning rout. Schmidt struckout 5 and scattered 7 hits walking 2 while the ‘Cats offense held enough (4 errors on the day) to have a short day while the offense got rolling in the 10 run win. Catcher Austin Shcultz tallied 2 line drive homers to left off of WebSox pitchers Meyer and Barton on a 3-5 day at the plate scoring twice and tallying 5 RBI. Benz, Jake Lehrer and Bjorge all had multiple hit days with the Mudcats rolling up 6 in the 7th to end the tilt in 7 innings.

The win moved the Mudcats to 7-6 in DRS League play 1/2 game up on Union Hill (6-5 DRS record) with the win but still 2 wins and 1 loss behind St Patrick (9-5 DRS record) reaching for a coveted top 4 finish in the League for playoff positioning. The Mudcats have a big FishFight2 showdown HOSTING the New Market Muskies Wed 6/21 730PM (NM 10-2 in DRS League). The Mudcats were dropped 6-2 at NM Hillside Park June 11. the ‘Cats then travel Sunday 6/25 to Faribault Bell Field for 2:00PM game with 8-0 Faribault to try to keep 2017 League leaders close as the regular season turns for home.

The PL Jays record 12 new signees for 2017 are still searching for answers to turn North in RVL East-Section 3B standings. Following a 8-7 loss at Burnsville June 14, the Jays hung with Chanhassen early before dropping a 6-1 decision in PL June 16. Sunday June 18, the Jays were hoping to avenge a 15-0 7 inning drubbing by the Shakopee Indians from 6/9.

For the tilt the Jays sent Tyler Edwards to the hill as he’d gotten an inning in the Chanhassen loss facing 6 batters in 1 2/3 innings striking out 2 with no walks. The thin staffing of the host Jays (12 players) left few options and the visitors struck 1st with a leadoff single to Kyle Ryan and 2 out rip down RF line by Jimmy Bombach. The Jays answered with 2 runs following a Jeff Butler Single and Jonesy Buescher double was followed by a Tyler Edwards 2 RBI single off the wall in left field making the score 2-1 Jays after 1 inning. Shakopee got production low in the lineup plating 2 in the 2nd from the 7 & 9 hitters, Sellers and Hellkamp. In the 7th frame, the bottom 3 all scored plating 5 of the Indians runs on the day 3 hits, 4 walks in addition to 5 runs and 1 RBI on the day. The tribe posted 2 in the 5th to make it 5-1 with Edwards helping his cause at the plate with a leadoff single in the 6th, Edlefesen doubled before catcher Jason Peter ripped a sac fly to shallow OF scoring Edwards. Edlefesen was picked off at 2B by starting pitcher, the soft throwing Andy Gibart who was effective allowing 3 runs and 2 strikeouts of Jays with zero walks in his 7 innings work.

With a 5-3 Shakopee lead in the 7th, the Indians got a quick out before 2 straight walks and single by 9 hitter Hellkamp then a 2nd out to leadoff hitter Ryan. A 2 RBI double by CF Brandon Olson made the score 7-3 Shakopee. Olson recovered from incident in the 4th on a grounder to Jimmy Cosgrove deep at 2nd that he fired to Keating at 1st and the low throw appeared to tip from Keatings scoop attempt to square Olson on the nose wheeling past 1st base bringing blood and question about the straightness from Olson. Following Edwards issuance of a 4 pitch walk to pinch hitter Zach Bohar, Bombach delivered his 2nd RBI on a 3-5 batting day to conclude scoring in the 4 run 7th and end Edwards day on the hill (7IP, 12H, 8ER, 5BB, 4K).

Brandt Broderick came on from 3rd base to relieve and tossed a scoreless 8th and 9th walking 4 allowing zero runs. He faced 10 and yielded no hits. The Jays, who threatened in the 8th with bases loaded for Jays pinch hitter Brock Collins who struck out the end the threat on pitcher Luke Bruss of Shakopee, would dig deep in the final frame on Father Day to battle to the last. LF Rob Frederick drew a 1 out walk before pinch hitter Pat Galvin flew out to 1st for the 2nd out. CF Jeff Butler awoke the Jays with a 2 run clout deep over the left field fence to start the scoring and narrowing deficit to 9-5. RF Jonsey Buescher reached on balls before Tyler Edward ripped a ball played in error in rightfield before DH Joe Loftus delivered a 2RBI double narrowing the score to 9-7. Following a walk to Edlefsen Jason Peter hit an RBI single to advance the tying run to 2nd base. Coach Gary Schleper opted to sit Bruss who swapped places with Hanbury who ran 2-2 count with several fouls to Tommy Keating before inducing a groundball to end the 2 out swarm and game by a 9-8 final. The Jays top 4 hitters accounted for 9 of their 12 hits and 7 of their 8 runs scored.

UPCOMING ACTION: The Jays travel to St Peter for RVL exhibition game Thursday June 22 730PM versus the Saints before HOSTING 2016 playoff opponent Victoria Vics in Section 3B seeding game Friday June 23 730PM in PL before travelling to face Eagan and Sunday June 25 for a 6PM Section 3B tilt with the Bandits at Goat Hill Park 600PM.

-The Jordan Brewers, who had petitioned to move from MBA Class B to MBA Class C several years ago, are on the hotseat after signing a non Jordan player. While completely legal by rule, the Brewers then skipper Jason Chalupsky had presented to RVL that they would only sign local players going forward and no follow up discussion ever took place as that same case was presented for MBA to approve the move to Class C. The condition of only signing Jordan residents/graduates was the key to the move from CLass B to Class C originally. As of June 19, RVL Secretary Lon Berberich has forwarded minutes from meetings about the topic to MBA for review but was quote as saying “As of now, Jordan as Class B” pending review & affirmation by MBA. There has been no discussion or speculation about potential that Jordan would enter Section 3B as #8 seed or how playoffs could change, STAY TUNED…

-The DRS VS RVL All Star Game 2017, hosted by the PL Jays in 2016 will be hosted by the New Market Muskies at Hillside Park Saturday July 8th. The Jays will present nominees to the RVL for consideration and selections made in late June when Playoff rosters are also reviewed and set.